Although Khan was pardoned my Musharraf, he was held for several years under effective house arrest.

But after a new government came to power last year, Khan gave a series of media interviews in which he recanted his 2004 confession, saying he only took the blame in return for assurances from Musharraf.

In February, the Islamabad High Court announced Khan,  who is considered the “father of Pakistan’s atomic bomb” and seen by many as a national hero, was a “free citizen”, subject to a confidential accord struck with the government.

Since then, he has had to tell authorities of his travel plans, get permission for guests to visit him at home, and intelligence agents and security officials have maintained a heavy presence outside his house, prompting him to launch a fresh petition.

Ali Zafar, Khan’s lawyer, said that the court on Friday had instructed that “nobody can restrict the movement of AQ Khan given a court ruling earlier this year that declared him a ‘free citizen'”.

He said notices had been issued to the police and government asking them to explain at the next hearing why they were continuing to do so.

“I think the people who have been involved in playing mischief with me will get the message and allow me to live a peaceful, private life as a citizen,” he said.

The Lahore High Court was hearing the case as the Islamabad court was disbanded over an unrelated dispute. 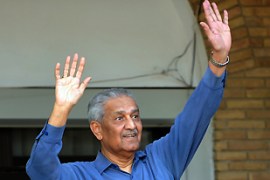 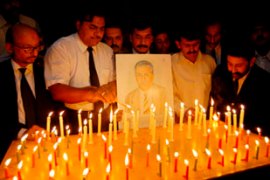 A top Pakistani nuclear scientist, considered the ‘father of Pakistan’s atomic bomb,’ is the prime suspect in a probe into nuclear leaks from the country.