The Sri Lankan government’s mission in London said soldiers had only been involved in fighting Liberation Tigers of Tamil Eelam (LTTE) rebels.

“The High Commission of Sri Lanka categorically deny that the Sri Lankan armed forces engaged in atrocities against the Sri Lankan Tamil community,” it said in a statement to Channel 4 on Tuesday.

“They were only engaged in a military offensive against the  LTTE.

“The High Commission has noted that in many instances in the past, various media institutions used doctored videos, photographs and documents to defame the Sri Lankan government and armed forces,” it said.

Channel 4 said it obtained the video from a group calling itself Journalists for Democracy in Sri Lanka.

The group said the video was filmed in January when the Sri Lankan government was preventing foreign media from covering events in the country’s confict zone.

The controversy comes three months after the Sri Lankan government launched a large military offensive against the LTTE and captured the Tamil Tiger-held town of Kilinochchi.

The army then pushed the rebels into a small area of the northeast.

The United Nations estimated up to 100,000 people were killed in the 25-year conflict, which was declared ended in May.

Human rights groups said at the time a humanitarian crisis was taking place with innocent civilians being killed.

About 300,000 mainly Tamil civilians who fled the fighting are currently living in state-run camps.

The fighting brought to a close a civil war that erupted after the Tamil Tigers began fighting in 1983 for a separate homeland for the nation’s minority Tamil population. 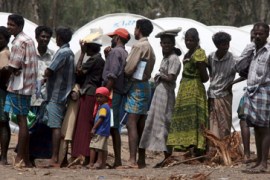 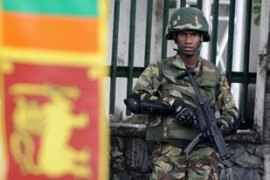 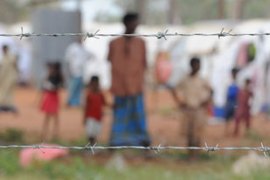