North Korea has bristled at UN sanctions imposed after its April launch, which US intelligence officials say did not place a satellite in orbit but in reality was cover for a test of long-range missile technology.

Last week blast-off was aborted with just minutes to go after technicians discovered a software fault.

Ahead of the launch scientists had warned the first seconds of flight would be crucial as the main engine pushes the 140-tonne rocket off the launch pad.

A successful launch would make South Korea only the 10th nation in the world to send a satellite into orbit from its own soil.

Although the rocket’s powerful first stage was Russian-made, South Korean experts said they had gained valuable know-how that could enable them to build their own launch vehicle in its entirety by 2018.

Neighbouring North Korea launched its own three-stage rocket on April 5 claiming it sent a communications satellite into orbit, but there were doubts the mission succeeded.

“On that matter, we are not accused of launching a ballistic missile,” he said. 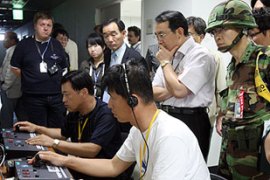 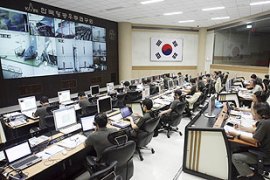 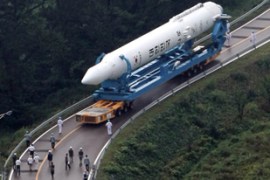