Over the past several years, an estimated three million Zimbabweans have crossed the Limpopo River into South Africa.

Johannesburg, the economic capital, is the final destination for most of them. The inner city is home to millions of refugees, asylum seekers and migrants of all nationalities.

Street corners are lined with foreigners from Mozambique, Nigeria, Somalia and Zimbabwe, selling anything from cigarettes to shoes, second-hand clothing and food.

Many can barely make ends meet and find themselves sleeping in abandoned buildings or on the streets; an uncomfortable ordeal as winter temperatures drop to below zero degrees Celsius.

The Central Methodist Church in downtown Johannesburg has become a safe haven for thousands of economic migrants. Most are Zimbabweans who seek refuge inside, or even out on the street in front of, the church each night.

The church is crowded as thousands live on top of each other in unhygienic conditions.

They fill nearly every inch of available space inside the five storey building. Every night up to 2,000 people sleep on church pews, stairs and the hard floor.

Outside on the pavement, hundreds – sometimes thousands – of Zimbabweans who cannot squeeze into the church sleep among cardboard boxes.

Despite the harsh conditions some, like Isaac Muzenda, say they will not return home.

“There is nothing in Zimbabwe for me,” he explains. “Why should I go back? I have no job, I was suffering. It’s better here. I’m not going back.”

And so, many migrants look for work wherever they can find it. With the 2010 FIFA World Cup around the corner – there is work in the construction sector building football stadiums, roads and transport services.

Brian Moyo came to South Africa in February this year. If he is lucky he earns $10 a day – that is if he can find work.

He is growing more and more frustrated as life in South Africa gets increasingly harder.

“It’s hard,” he says, “There are plenty of people here – maybe a quarter will get jobs. So that means three quarters won’t get anything. So it’s hard.”

South Africa is in its first recession for 17 years. As the recession bites, foreign migrants compete with South Africans for scarce jobs.

Hundreds of thousands of South Africans have already lost their jobs, and economists warn unemployment will continue to rise.

President Jacob Zuma’s African National Congress has planned a way out of the economic crisis by accelerating spending on infrastructure and public works.

However, analysts and economists question whether the party can still afford to live up to promises made to the poor black majority in its election manifesto.

Zuma’s government already faces the threat of a public sector strike unless it agrees to the pay demands of doctors, nurses and other civil servants, who are among the many South Africans struggling to survive in the difficult economic climate.

The soaring job losses are taking a toll on consumers as businesses go into survival mode and try to cut costs through retrenchments.

Some Zimbabweans want to cut their losses and go home.

Hilda Sibanda, a single mother, came to South Africa in November last year. Her six-month-old baby coughs continuously next to her.

She lays out her blanket on the floor – one of thousands of Zimbabwean migrants spending another night at the Methodist church.

Babies lie on the filthy floor next to their mothers, miserable conditions that have made some want to take their children back home.

“There is no work,” complains Hilda, “We are just like street kids here in South Africa. The police here treat us very badly. This country is not good at all. We want to go back – it’s only a shortage of money [keeping us here]. We want to go back home.”

It was the post-elections political crisis in Zimbabwe that convinced many to cross into South Africa.

It took months for the ZANU PF party, lead by Robert Mugabe, the president, and the the two branches of the Movement for Democratic Change (MDC) opposition party to broker an agreement.

An inclusive government was set up to start resolving the challenges of Zimbabwe’s economic demise.

In signing the Global Political Agreement (GPA) document on September 15, 2008, the main political parties agreed to “work together to create a genuine, viable, permanent, sustainable and nationally acceptable solution to Zimbabwe’s situation” and, in particular, to implement the GPA.

The aim was to resolve, once and for all, Zimbabwe’s political and economic crises.

But it has been a rocky road. Morgan Tsvangirai, the MDC leader who was appointed prime minister in February 2009, claims Mugabe has failed to respect the GPA deal.

Tsvangirai wants unresolved issues dealt with, including control of Zimbabwe’s security forces and the appointments of Johannes Tomana as attorney general and Gideon Gono as governor of the Reserve Bank.

The next ordinary Southern African Development Community (SADC) summit will take place during the first week of September in Kinshasha in the Democratic Republic of Congo.

Aid agencies say despite claims that Zimbabwe is “normalising” following the establishment of a coalition government, Zimbabweans continue to cross the border every day.

Now Zimbabweans do not need to line up for hours applying for visas at the embassy in Harare. If one has a valid passport, entering South Africa is easier.

Zimbabwe’s outstanding issues will be on the agenda. Ninety per cent of the population is unemployed and the high cost of food means more than half the population relies on food aid.

Analysts believe the only way to stop the flow of migrants into South Africa is to improve living conditions for average Zimbabweans.

In a report released early this year, medical charity Medicins Sans Frontieres estimated 25 per cent of Zimbabwe’s population has fled to neighbouring countries, especially South Africa, as a matter of survival.

They come to South Africa looking for work – the young, the old, the healthy and the sick.

Life is not easy for most of them. Many have been raped, beaten and robbed while crossing the border. They struggle to find basic shelter and are subjected to xenophobic violence, abuse and neglect.

However, despite this, many say they will only return home when the economic climate in Zimbabwe changes. 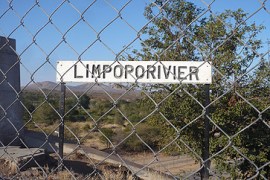 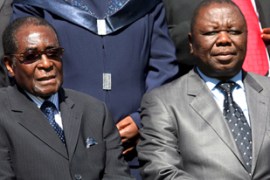 US president says $73m in aid will be given “directly to the people”. 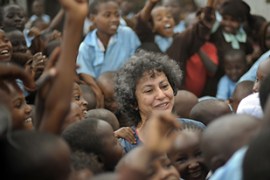