According to Chinese police 197 people, mostly ethnic Han, died in the riots which broke out on July 5.

The violence followed protests in Urumqi over the killings of two Uighurs in ethnic strife at a factory in southern China.

The clashes triggered revenge attacks from Han Chinese in the worst ethnic unrest seen in China for decades.

In its report on Monday the China Daily said a “drastic increase in security” had been ordered in Urumqi “in response to an expected mass gathering of Han and Uighur people awaiting the court verdicts”.

The newspaper did not give a breakdown on how many Uighurs and how many
Han would go on trial, but it said more than 170 Uighurs and 20 Han lawyers had been assigned to the suspects.

The paper reported last week that thousands of items of physical evidence had been collected, including videos and photographs as well as bricks and clubs stained with blood.

Al Jazeera’s Beijing correspondent, Melissa Chan, said that based on past experience the trials were likely to be held behind closed doors.

She said trials were intended to send a message to the domestic audience, with the government keen to be seen taking firm action against those behind the violence.

Since the riots, the government says life has largely returned to normal in Xinjiang, although officials remain wary of renewed outbreaks of unrest.

Uighur groups say China’s repressive policies combined with years of mass migration to Xinjiang by Han Chinese, has stoked ethnic tensions in Xinjiang, sowing the seeds for the recent violence.

The Chinese government has blamed Uighur exiles for stoking the unrest, singling out Rebiya Kadeer, a Uighur businesswoman who was jailed for years in China before being released into exile in the US, for “masterminding” the unrest. 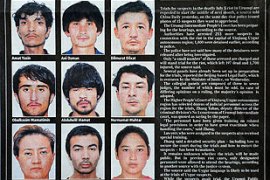 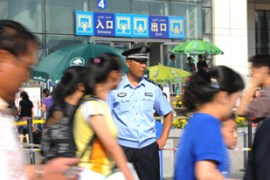 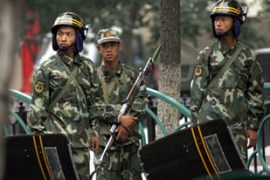