According to Xinhua, local authorities shut down the processing plant last week and detained two of its executives on suspicion of “causing severe environment pollution”.

A primary school, a middle school and a kindergarten were within 500m of the plant.

Fears of lead poisoning began to spread among villagers in early July when many children became susceptible to colds and suffered fevers and other ailments, Xinhua said.

It is the latest case highlighting the serious environmental problems caused by China’s rapid economic growth.

For decades, many Chinese companies dumped poisons into rivers and the ground rather than disposing them safely, counting on the acquiescence of local governments unwilling to damage their economic lifelines.

The authorities were concerned not just about the health effects on people but also the violence that could flare up from such cases and affect the social stability that Beijing values so highly.

Earlier this week, hundreds of villagers whose children were affected by the leaching of lead from a local smelter stormed the Dongling Lead and Zinc Smelting plant in Changqing town.

A senior city official later apologised for the incident and the authorities shut down the factory on Tuesday citing safety reasons.

Following the outrage, the authorities promised to relocate hundreds of families within two years with the building of new homes about 5km from the plant starting last week, but residents were not reassured. 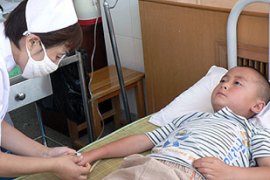 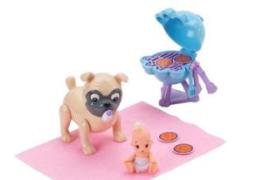