Officials said they had recovered 26 bodies after the explosion which blew out walls and caused a turbine room to flood.

More than 1,000 rescue workers were searching the plant for the missing.

The first funerals for victims were held a day earlier in Cheryomushki, which was deeply shaken as entire families from the town worked at the plant nearby.

Putin has called for checks and upgrades of critical parts of Russia’s ageing infrastructure, saying “technological discipline is very low” across the country.

“The tragic event at Sayano-Shushenskaya has clearly shown how much we need to do to ensure safety of hydro-power facilities,” Putin told a Cabinet session.

“We need to conduct a thorough check of all strategic and vital parts of infrastructure and work out a plan for their regular upgrade.”

The power station has been shut down since the accident and could be out of service for a significant time.

The Sayano-Shushenskaya is Russia’s largest power plant and supplies about
10 per cent of Siberia’s energy needs. 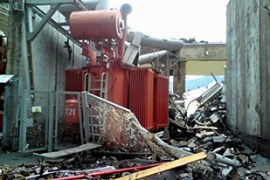 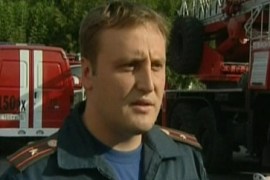