Omar’s comments would be the first admission by the Taliban that Meshud was killed.

Islamabad has stopped short of confirming his death, although US and Pakistani officials have said they were almost certain that Mehsud was killed in the attack and that Pakistan’s Taliban movement is plagued with infighting over his succession.

Omar was captured by a pro-government armed group in the Mohmand region on the Afghan border on Monday and handed over to government forces.

“Everybody knows that Maulvi Omar has been arrested. He was a spokesman for the Taliban,” Hussain was quoted by the AFP news agency as saying.

“We will catch them all. All Taliban will have to face the same fate.”

A former perfume seller who joined Taliban ranks as a fighter in 2004, Omar was a close aide of Mehsud, who Washington has accused of being “a key al-Qaeda facilitator” in Pakistan’s tribal areas.

Omar frequently called reporters to claim responsibility for a string of deadly assaults.

Analysts say Omar was not a military chief and his capture would have no direct impact on the Taliban’s operations. 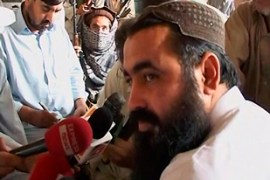 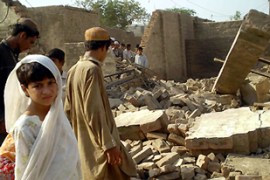 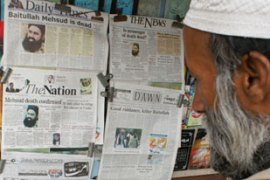 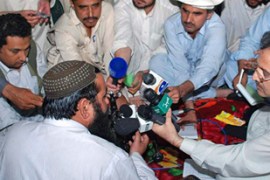