After the verdict, Chiluba said the case had been backed by “imperialists”, following his 2007 conviction in a British court which found him guilty of stealing nearly $50m of state funds along with former aides.

“What kind of a government is this that could put its president at the hands of a foreign land and imperialists?” he told the news agency AFP.

“For seven years I’ve been subjected to harassment and shame and embarrassment.”

The British court found that while Chiluba officially earned about $100,000 during his 10 years in power, he paid more than $1m to an exclusive Swiss boutique for expensive suits.

The case was heard in the United Kingdom as the allegedly stolen funds passed through London bank accounts.

Chiluba rejected the verdict as it had been passed by a foreign court.

Chiluba’s prosecution in Zambia was part of a larger anti-corruption drive pushed by his successor, President Levy Mwanawasa, who died last year.

Chiluba’s wife Regina was sentenced earlier this year to three-and-a-half years for receiving stolen property. She is appealing against the sentence. 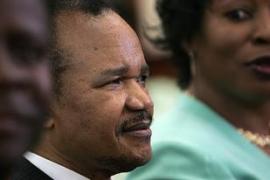 Frederick Chiluba is alleged to have stolen $500,000 from state coffers. 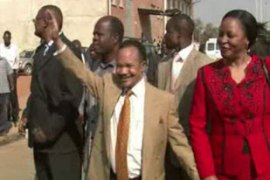 The charges against Chiluba