The authorities were running DNA tests to identify the 35 women and six children killed in the fire, which left many victims unrecognisable.

Relatives and onlookers had crowded the area around the blazing tent, which had been engulfed in less than two minutes.

“The tent, in an enclosed surrounding, did not have any emergency exit and it was made from a very flammable material – cotton,” he said.

Fire officials told Al Jazeera that the tent, which could have housed up to 180 people, had probably not been constructed to correct safety standards.

The authorities were investigating the cause of the blaze and al-Mansouri said it could have been faulty electrical wiring, a problem with the equipment used to keep the wedding food buffet warm or the coals used for burning incense.

Kuwait banned the use of wedding tents on Sunday.

Wedding celebrations in Kuwait are held separately for men and women, with children attending the women’s party. 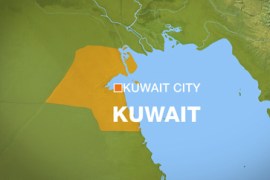 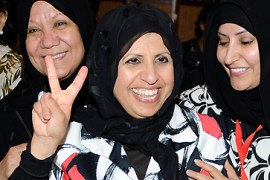 A model for democracy in the Gulf?

Inside Story asks if Kuwait can achieve a compromise between democracy and tribalism. 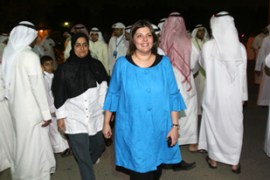 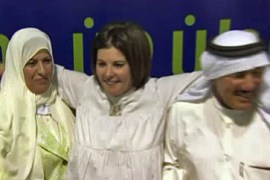