Another 25 people are expected to appear before the Revolutionary Court in Tehran, the Iranian capital, on Sunday.

Thousands of people were arrested in a crackdown on protesters, political activists, journalists and opposition politicians in the wake of the post-election violence that left more than 20 people dead.

Reformist leaders, including defeated presidential candidate Mehdi Karroubi, and human rights groups have complained that some detainees were abused, tortured and raped.

Asghar Jafari, the head of the Iranian police’s crime detection department, urged the new chief of the judiciary to ignore complaints of Western governments and human rights groups over the treatment of detainees and sentencing.

“Why should we prefer the satisfaction of Westerners who are never happy with us over the security of our own people?” the official IRNA news agency quoted him as saying.

He is currently a member of the Guardian Council, the constiutional body which controversially certified the results of the presidential election. 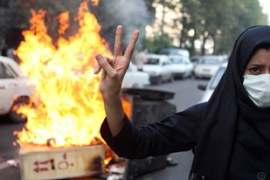 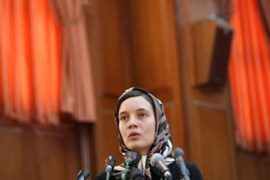