“Hamas forces violated the laws of war both by firing rockets deliberately and indiscriminately at Israeli cities and by launching them from populated areas and endangering Gazan civilians,” said Iain Levine, HRW’s programme director.

The homemade Qassam and Soviet-designed Grad rockets used by Palestinian groups in the Gaza Strip cannot be aimed with any reliability, the report stated.

“Under the laws of war, such weapons are indiscriminate when used against targets in densely populated areas.

“As the governing authority in Gaza, Hamas should publicly renounce rocket attacks on Israeli civilian centres and punish those responsible, including members of its own armed wing,” Levine said.

Hamas criticised the report, saying it “exempts the occupation from the crimes it committed” and puts ” the executioner and the victim on the same footing”.

“It is a politicised report lacking objectivity and impartiality,” the Hamas information ministry said in a statement.

“Resistance in all its forms is a legitimate right of the Palestinian people as long as they are under occupation and face state terrorism,” the statement said.

Israel cited persistent rocket fire from Gaza as its reason for launching the 15-day offensive that killed more than 1,400 Palestinians.

HRW noted that in the past it had documented numerous violations of the laws of war by Israeli forces in Gaza, but stressed that “violations by one party to a conflict never justify violations by the other”.

It said Hamas has “significantly limited rocket attacks in recent months, but has not renounced attacks that deliberately or indiscriminately target civilians – serious violations of the laws of war – or brought to justice those responsible for initiating such attacks.”

The Israeli military is conducting 15 criminal probes into troop conduct during its offensive on Gaza earlier in the year in which 1,400 Palestinians died, including allegations children were used as human shields.

Israel and Hamas have both rejected accusations of war crimes. 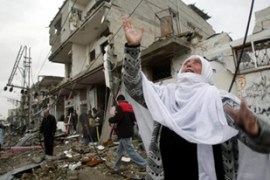 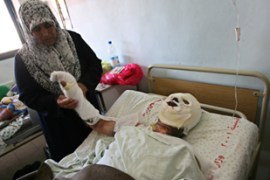 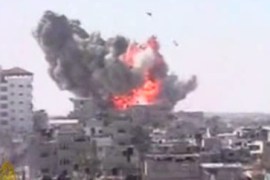 Government says the use did not violate international law during Gaza war.