“I was told on Monday that a decision was imminent and it was likely that al-Megrahi would be freed.”

PJ Crowley, a US state department spokesman, said: “We’re not aware that there has been a final decision, we have made our views clear to the UK government and other authorities that we believe he should spend the rest of his time in jail.”

Al-Megrahi’s legal advisers have called for the release of sensitive memoranda relating to the original investigation into the bombing.

“Britain was concerned about these being made public, so from that moment on there was always a real possibility that al-Megrahi’s release was likely to happen,” Fisher said.

Speaking to Al Jazeera, Dr Jim Swire, whose daughter died in the bombing, said: “I think the whole case was heavily influenced by international politics all along.

“And the crucial point of issue for those who seek the truth at the moment is whether the transfer of al-Megrahi – which those who believe him to be innocent applaud loudly – will interfere with the continuation of his second appeal currently running in the high court in Scotland.

“It isn’t just us that believe that there is a lot more to to come out, the United Nations special observer for the trial and appeals … has stated publicly that he is appalled by the verdict that was reached in the court.

“He doesn’t believe the trial was fair and the only explanation he can see for this is deliberate malpractice on the part of Scotland’s Crown Office, the people responsible for the prosecution in the first place.

“We have a right to know who murdered our loved ones … and that information appears to have been deliberately withheld  from us by the very Crown Office that should be acting on our behalf.”

Kenny MacAskill, the Scottish justice minister, said: “Clearly, he is terminally ill, and there are other factors. But I have made no decision as yet”.

A Libyan official in Tripoli, who did not want to be identified, told the Reuters news agency that a deal for al-Megrahi’s release was “in the last steps”.

But he added: “We have an agreement between the two sides not to make any statement until he [al-Megrahi] comes home.”

The families of victims of the bombing have remained divided over al-Megrahi’s possible release.

Many British relatives have said they were never convinced of al-Megrahi’s guilt, and welcomed reports of his possible release.

But US relatives of some of those killed said he should be left to serve the rest of his life sentence in Scotland.

“There is no question in my mind that this man is guilty,” Kathleen Flynn, whose son died in the bombing, said.

Bert Ammerman, whose brother Tom was killed on the flight, said the release of al-Megrahi would be “insane, immoral, reprehensible”, adding: “He should finish out his term in Scotland, pass away and then send him home in a casket.” 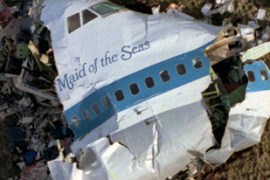 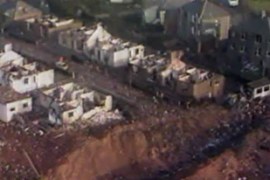