“After the attack they drove from the ministry in an unknown direction” in a Russian-made car, the source said.

“A search operation is in progress to identify and arrest the killer,” Aleksei Vorobyev, head of the Ingushetia security council, told the Itar-Tass news agency.

Ingushetia and other regions in Russia’s northern Caucasus are battling Islamist fighters who have been targeting pro-Kremlin local authorities.

Yunus-Bek Yevkurov, the Ingush president, is recovering after being seriously wounded in a suicide bomb attack on his motorcade on 22 June this year.

Earlier in June, Aza Gazgireyeva, the deputy head of Ingushetia’s supreme court, was killed when assailants opened fire on her car.

Amerkhanov’s killing also comes a day after the head of a Russian charity and her husband were found shot dead in Chechnya.

Zarema Sadulayeva, the head of Let’s Save the Generation, and Alik Dzhabrailov were found in Grozny, the Chechen capital, on Tuesday.

On the same day, Malik Akhmedilov, a journalist in the nearby Caucasus region of Dagestan, was found dead on the outskirts of Makhachkala, the local capital. 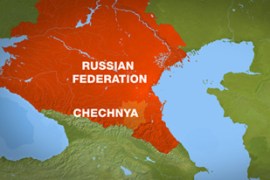 At least eight suspected separatists killed in fighting in Chechnya and Ingushetia. 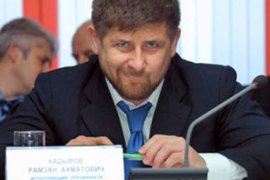 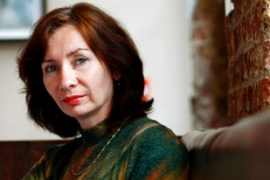