Biden is set to meet Jalal Talabani, the Iraqi president, and Nuri al-Maliki, the prime minister, during his visit, White House officials said.

“He will discuss with Iraq’s leaders the importance of achieving the political progress that is necessary to ensure the nation’s long-term stability,” the vice-president’s office said in a statement.

He will also visit US military commanders and troops on July 4, the US Independence Day holiday.

While Biden is making his second visit to Iraq this year, it is his first trip to the Middle East country since he became vice-president.

The frequency of violent incidents across Iraq has fallen in recent months, but attacks against civilians and security forces are still common across the country.

At least three people died in bomb attacks in the capital on Thursday, police and hospital officials said.

And near the northern city of Kirkuk, a car bomb blast killed one man and wounded six others, police said.

The latest attacks are the most significant outbursts of violence since Tuesday, when at least 30 people were killed in a car bomb explosion in Kirkuk on the same day of the US pullback.

Kirkuk bombed amid US pullout 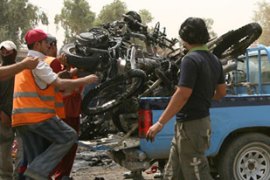 Iraqi officials increase security in preparation for withdrawal of US troops. 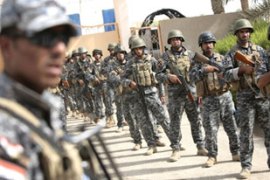 Al-Maliki says Iraqi forces will “safeguard” security after US withdrawal on June 30.