That triggered protests in the South Korean capital, Seoul, on Friday, organised by anti-North Korean activists who burned mock-up missiles and images of the North Korean leader, Kim Jong-il.

The tests were the North’s first military move since June 12 when the UN imposed tougher sanctions following a nuclear test a month earlier.

“We believe the firing was conducted with regard to the relations” between the two Koreas, Won Tae-jae, a South Korean defence spokesman, said.

“Unless it is a mid-range missile or a longer-range one, we believe it is aimed at South Korea.”

Won said media reports that the North may test-launch a mid- or long-range missile around July 4 are “only speculation”.

But the US, which observes a national holiday on July 4, insisted that the North Koreans were serious about continuing their weapons tests in the coming months.

“Their behaviour continues to be unpredictable, although the activity we’ve seen today was not unexpected,” Bryan Whitman, a Pentagon spokesman, said.

In April North Korea launched a rocket that boosted its long-range missile capability followed by a nuclear test – the second since 2006 – on May 25 that put it closer to having a working atomic bomb.

In the days after its atomic test, Pyongyang fired a total of six short-range missiles, renounced the truce in force on the Korean peninsula for half a century and threatened possible attacks on Seoul.

It also warned shipping to keep away from a maritime zone extending 110 km off its east coast between June 25 and July 10, saying it was conducting a military drill.

The US has condemned the latest in a string of missile launches as “provocative” acts, but said the international sanctions imposed on North Korea were already taking effect.

The UN last month approved tougher sanctions against North Korea following the May nuclear test, but the North responded by vowing to strengthen its nuclear arsenal.

The sanctions call for strengthened inspections of air, sea and land shipments and an expanded arms embargo.

But North Korea defied the sanctions and threatened to launch an intercontinental ballistic missile unless the UN Security Council withdraws pervious resolutions and apologises for them.

It has said that any inspections of its shipments will be regarded as an act of war.

On Thursday Philip Goldberg, the US envoy who coordinates sanctions against the North, arrived in China to seek Beijing’s help in getting tough with North Korea.

China is the North Korea’s biggest benefactor and trade partner whose help, analysts say, would be essential to give effect to the sanctions. 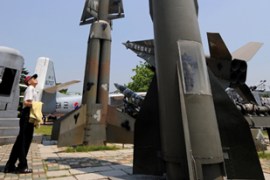 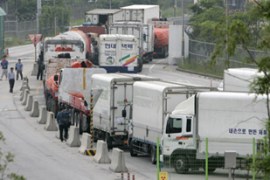 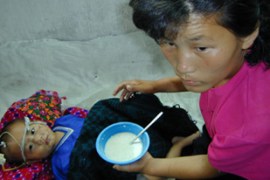