“This is the worst of news, and my thoughts are with the families, whom I hope will be given the privacy they need to deal with their grief.”

The bodies of two of the four victims were handed over by their captors to the Iraqi government in June.

Sami al-Askari, a legislator in the governing Shia Muslim alliance, who is close to Nouri al-Maliki, the Iraqi prime minister, told the Reuters news agency that McMenemy and MacLachlan were definitely dead.

Askari said it was not clear when the bodies of the men would be returned.

“Two of them have been handed over and there are efforts being made by the government with the abductors to release [the bodies of] the others,” he said.

Askari said all four were killed at the same time and also said that Moore was believed to still be alive.

The families of the five men said in a statement they were distressed to hear the news that two more of them had been killed.

“We are all deeply upset and troubled to hear the reports that Alec and Alan have died in the hands of their captors, as well as Jason Swindlehurst and Jason Creswell,” they said.

“This is a terrible ordeal for us all. We ask those holding our men for compassion when so many are working hard for reconciliation in Iraq and we continue to pray for the safe return of our men.”

Since the Britons were seized two years ago, several videos of them in captivity have emerged.

In February 2008, a video featuring Moore was aired by the Dubai-based Al Arabiya television in which he called on Brown to free nine Iraqis in return for the hostages’ freedom.

Britain joined the United States in invading Iraq in 2003. 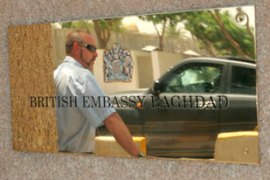 Jason Cresswell and Jason Swindlehurst named as dead Britons kidnapped in May 2007. 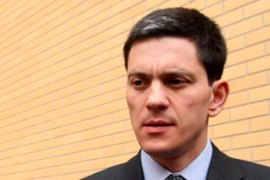