“It is sickening. You must be sick to believe it,” he told the court, which is sitting in The Hague in The Netherlands.

“It makes you feel like throwing up,” he said, as he began his third week of giving evidence.

Taylor acknowledged that there were cannibals in certain parts of Liberia, but claims that he was among them were “total nonsense”.

Taylor has been on trial since January 2008 on 11 charges of war crimes and crimes against humanity stemming from the brutal 1991-2001 civil war in neighbouring Sierra Leone.

He is accused of arming the Revolutionary United Front in Sierra Leone in exchange for so-called “blood diamonds”.

“It is beyond imagination that one could believe that the president of Liberia would go into Sierra Leone because he wants to terrorise the population and go for its wealth,” Taylor said on Monday.

He rejected witness statements that vehicles laden with weapons were sent across the border from Liberia, saying that the roads that linked the two West African nations were virtually impassable. 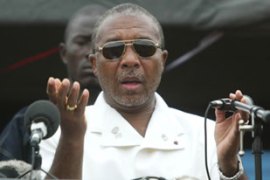 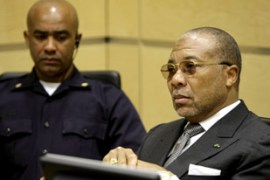