Washington has stepped up diplomatic efforts in the region, as part of a push by Barack Obama, the US president, to breathe life into faltering Middle East peace talks, US officials have said.

Mitchell’s visit is to be followed by that of Robert Gates, the US defence secretary, who is expected to arrive in the region on Monday for talks in Israel and Jordan.

James Jones, the US president’s national security advisor, is to lead a delegation to Israel and the West Bank after that.

Mike Hanna, Al Jazeera’s correspondent reporting from Jerusalem, said the flurry of meetings illustrated the change in Washington’s approach to the peace process.

“What has become clear in recent days is that the Obama administration is dealing with the issues differently … instead of taking things issue-by-issue, bit-by-bit, it is addressing all the issues at the same time,” he said.

Mitchell arrived in Israel from Damascus, where he met Bashar al-Assad, the Syrian president, on his second visit to the country in as many months.

The country’s support for Hamas, the de facto government in the Gaza Strip, and its relations with Iran, could make it key to US efforts to kick-start the peace process.

George Jabbour, a former Syrian member of parliament, said Mitchell’s visit is proof that the US had become more serious about achieving peace in the region.

“The policy of Obama in the Middle East is different than the policy of George Bush,” Jabbour told Al Jazeera.

“Whether this effort will succeed or not does not depend on Syria, it does not [even] depend on America, it depends on Israel. We’ll see if Israel will go on board.”

The round of US diplomacy with Israel comes amid tensions between the two allies, both over Iran and the Obama administrations firmer line on Israeli settlement building.

Netanyahu is due to hold separate meetings with all three US officials.

Herb Keinon, the diplomatic correspondent for the Jerusalem Post newspaper told Al Jazeera that the two sides are getting close to some kind of agreement on a suspension of settlement activity, but only in the West Bank.

“There is a big Israeli consensus that Jerusalem should not be lumped together with any agreement that might be reached about freezing construction in the settlements.”

In East Jerusalem on Sunday, Israelis working on a property in the Arab neighbourhood of Sheikh Jarrah clashed with Jewish and Arab opponents, the Associated Press news agency reported, citing police.

Police said the Israelis working on the house had court-approved documents proving their ownership, but Palestinians said the empty building was the property of an Arab. 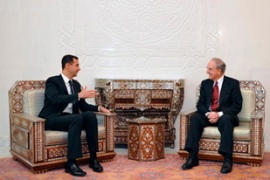 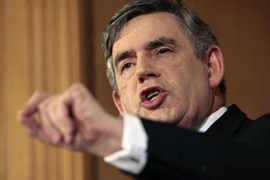 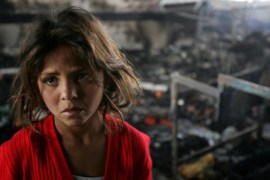