Raul Castro, who officially replaced his ailing older brother as president in February last year, said his government will look into making its second adjustment to expenditures this year.

Cuban ministers will meet on Tuesday to consider revising spending plans for the rest of the year because “of the effects of the world economic crisis on our economy”, he said.

Castro also said the country could not blame its current economic woes on the more than four decades-old US trade embargo on the island, The Associated Press news agency reported.

“It is not a question of yelling ‘Fatherland or death! Down with imperialism! The blockade hurts us,'” he said, in a reference to the sanctions that began in 1962.

“The land is there waiting for our efforts,” he said.

The administration of Barack Obama, the US president, has lifted some restrictions on Cuban-Americans who want to travel or send money to the island.

But the US has said it wants to see other political, economic and human rights changes before going further.

Raul Castro has initiated some changes since he formally took power from his brother, such as abandoning salary equality, relaxing bans on owning mobile phones, access to foreign hotels and computers and DVD players. 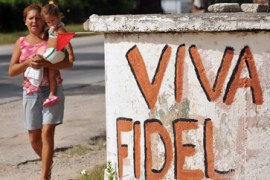 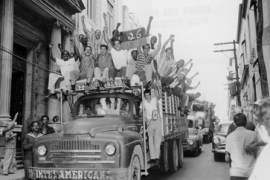 Cuba: Timeline of a revolution

A look at Havana’s troubled relations with the US.