“Sadly, this election did not show the progress we were hoping for and it again fell short of key standards Kyrgyzstan has committed to as a participating state of the OSCE,” it said.

“The conduct of election day was a disappointment.”

He also charged that the official turnout was inflated.

The dispute could heighten political tensions in the Central Asian nation, where stability is in the interests of Russia and the US.

Washington maintains an air base in Kyrgyzstan crucial to its operations in Afghanistan.

Hours before the polls closed, Atambayev announced he was taking himself out of the race in protest, though legal issues prevented him from officially withdrawing.

Some 1,500 supporters gathered at the opposition headquarters on the outskirts of the capital Bishkek as polling stations closed.

But a planned march to the election commission office fizzled out after opposition leaders urged supporters to disperse, saying the authorities were planning to provoke violence and then blame it on them.

Bakiyev was elected in 2005, in a poll seen as free and fair by Western observers.

But since then he has been accused by the opposition of becoming increasingly repressive and a string of mysterious attacks on politicians and journalists in the run-up to the election raised concerns.

“He held parliamentary elections in 2007, which effectively removed any significant opposition from the parliament, so they effectively say ‘yes’ to all of his policies and vote him through,” he said.

“That’s left the political opposition without much to hold on to.

“They’ve been trying to mount a campaign since the end of last year to try to force the president to return to a more democratic mandate.” 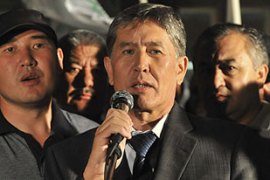 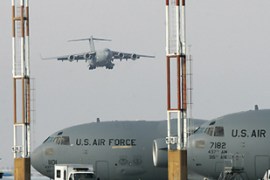 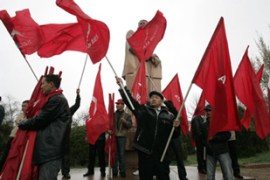 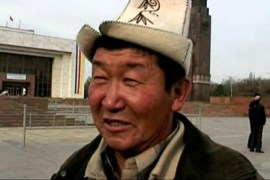