The offer, however, is unlikely to resolve the standoff over the June 28 military-backed coup, in which soldiers seized Zelaya and hustled him out of the country on a plane.

Under Honduran law, the presidency would pass on to Jorge Rivera, the supreme court president, if Micheletti were to resign.

Although the interim leader has threatened to jail Zelaya on his return to Honduras, Zelaya insists that he will restore himself as president, saying that point is not open to negotiation.

Oscar Arias, the president of Costa Rica, is mediating talks aimed at resolving the impasse.

The talks are expected to resume on Saturday after two earlier rounds failed to produce a breakthrough.

Meanwhile, supporters of Zelaya have continued to demonstrate for his reinstatement and have called for labour strikes.

Israel Salinas, one of the main figures in the pro-Zelaya movement, said that workers at state-owned companies will plan walkouts later this week.

He said protest organisers were talking with union leaders at private companies to see if they could mount a general strike against Micheletti.

In response, the interim government said it was reimposing a curfew from midnight, citing threats of unrest from Zelaya supporters.

“Given continued, open threats by groups who seek to provoke disturbances and disorder … and to protect the people and their goods, the government has decided to impose curfew from midnight,” the presidency said in a statement broadcast on television. 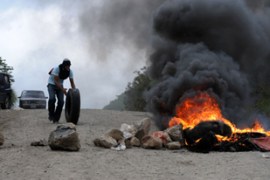 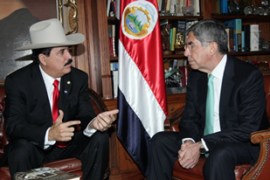 Rivals for presidency remain at odds over lasting solution to power struggle. 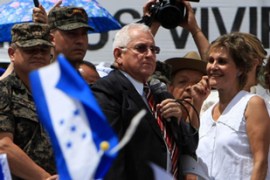 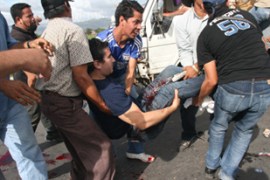