Gas supplies are expected to be a major issue between Angela Merkel, the German chancellor, and Dmitry Medvedev, the Russian president, during talks near Munich on Thursday.

Under the commission’s proposals, security for supplies would be supervised by national bodies which would also set up a preventative action plan and emergency measures to deal with any crisis.

The commission would declare a “community emergency” if the EU lost more than 10 per cent of its gas imports.

EU countries would then have to help each other by ensuring the unhindered flow of gas across their borders through new “reverse flow” pipelines, allowing gas to be pumped between states if there were a change in supplier.

Member states will be asked to draw up risk assessments and plans for responding to emergencies by the end of September 2010.

Andris Piebalgs, the EU energy commissioner, said Slovenia, Lithuania and other Baltic states had the most to do to comply with the suggested plans, and Denmark, Germany and Greece were among the best prepared.

The proposal requires the approval of the European Parliament and member states, many of which are reluctant to cede control of energy supplies, despite repeatedly calling on the commission to help co-ordinate efforts.

Piebalgs said EU states had been widely consulted on the new gas rules and were unlikely to weaken them.

“I think we have sufficient support to say they will not be watered down, because we have proposed a text that is optimum,” he said.

About one-fifth of EU demand is satisfied by Russian gas that flows through pipelines in Ukraine, whose payment difficulties with Moscow have increased fears supplies could be cut again.

Several EU countries signed an agreement with Turkey on Monday to construct the Nabucco pipeline.

The project is intended to provide Europe with gas from the Caspian and the Middle East and reduce the continent’s reliance on Russian energy. 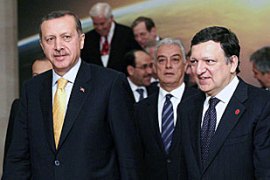 Pipeline through Turkey is aimed at reducing Europe’s reliance on Russian supplies. 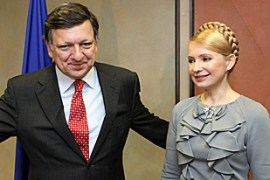 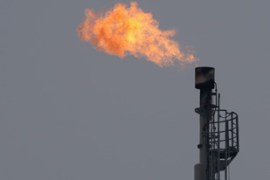 Russian energy company reduces supplies by another 25 per cent over debt dispute.