George Habash, the Palestinian leader who was laid to rest on Monday in Amman after six decades of unwavering struggle, had two dreams: an end to the dispossession of his people and the realisation of Arab unity.

He died without seeing either dream come true. In his last years Habash watched, with deep sadness imprinted on his warm persona, as Israel expanded, the Palestinian movement splintered, Iraq fell under US occupation and the Arab World grew increasingly divided.

But he lived and died without forsaking his dream or losing faith in his people.

“His message to the Palestinians was to restore our unity,” Issam Al Taher, a senior aide who saw him a day before his death, said.

“Unity, unity, unity – that was his only message,” said Al Taher.

To millions of Palestinians those were not solely the words of a political leader but also a soulful cry from a man described as “the conscience of the Palestinian revolution”.

While obituaries in Western newspapers announced the death “of a radical Palestinian who resorted to terror tactics”, to his people Habash was the unyielding bearer of their dream.

The world that simply condemns him as “a terrorist” for orchestrating the hijacking of Western planes in the early 1970s, misses an important point: Habash was a product of the generation of the Nakba or catastrophe as Palestinians refer to the 1948 creation of the state of Israel.

After his life was shattered by the violent dispossession of his homeland, Habash was determined to fight back.

Inspired by the anti-colonial struggles, Habash believed that his people should not be forgotten. From his point of view and that of many of his generation, the world was impervious to the fate of a people dispossessed and deprived of their dignity, security and future.

As he repeatedly put it, the world needed to be awakened to the plight of the Palestinians; it had to be disturbed. Palestinians today may or may not agree with his tactics, but his generation remembers that Palestinians were off the world’s radar screens until the resistance made itself heard in the 1960s.

He belonged to a generation influenced by Franz Fannon, Mao Zedong, General Vo Nguyen Giap and later by Che Guevara. In their views, colonialism epitomised systematic, institutional violence and the subjugation of people under its control.

The chronicle of his life mirrors the combined lives of many Palestinians and Arabs who were determined to put the colonial control of the Arab world behind by leading a movement for unity, justice and independence from foreign influence and domination.

After graduating as a medical doctor from the American University of Beirut, Habash co-founded the Arab Nationalist Movement in 1953 to give voice to a sweeping Pan-Arabism that sought unity as a guarantor of independence.

In the early 1960s, George Habash, already a paediatrician in Amman known for treating the poor for free, endorsed Marxism as he grew convinced that the national struggle should not be separate from the struggle for social justice.

But it was when he founded the Popular Front for the Liberation of Palestine (PFLP), a resistance movement advocating armed struggle, that the popular physician became a feared enemy of Israel and Arab governments.

His proclaimed aims of liberating Palestine and taking down Arab governments seen as “lackeys of imperialism” were also at the heart of both the Pan-Arab movement and leftist parties in the region.

The PFLP was able to weave ties with all leftist movements in the world, both political and armed, as it saw itself as part of a larger global struggle.

But it was not until the resounding defeat handed out by Israel to the Arabs in 1967 that Habash and his comrades turned from political activism to armed struggle.

The PFLP’s actions, especially the hijackings of airliners, prompted the Jordanian government to place a price on his head. The once compassionate doctor soon found himself on the wanted lists of many Arab and Western governments.

The PFLP gradually changed its tactics, finally dropping attacks against Western countries and targets, but did not renounce armed struggle against Israel. It gained more strength and popularity after the PLO was forced to move to Lebanon from Jordan in 1970.

In the 1970s and throughout the 1980s, Habash emerged as the main political opponent of Yasser Arafat, the PLO leader. However, the two men never severed ties and continued a complex relationship of camaraderie and rivalry until the end. It was during those years, that Habash came to be seen by many Arabs as a symbol of principled defiance.

He rejected the idea of a two–state solution – the establishment of a Palestinian state alongside Israel that was beginning to become part of the discourse that Arafat and other PLO groups were advocating.

Habash’s position was described variously as pure “idealism”. But the idea of refusing to renounce the people’s right to historic Palestine caught Palestinian and Arab imagination.

When Habash spoke, people listened. Not only did he speak from the heart but it also carried weight as the PFLP rose in strength to challenge the dominant Fatah movement within the PLO.

Tall and handsome, Habash exuded a certain charisma that disarmed his distracters who admired his persistence but criticised what they saw as rigidity. A stroke that partially paralysed half of his body changed his appearance later but did not affect his ardour for the cause.

It was that Habash that I saw and met for the first time in Tunis in 1983.

The PLO was expelled from Beirut too and most its leaders moved to this northern Mediterranean capital of Tunisia. Habash moved to Damascus, Syria instead.

On that day the PLO was holding a meeting. Most of the leaders had arrived and then there was a stir and silence. Habash entered slowly on crutches, hampered and subdued by his physical disability.

The hall, filled with hardened fighters, stood while Arafat hugged Habash and escorted him to his seat. When it was time for Habash to speak, his soft voice carried the warning that the military defeat in Lebanon should not be allowed to become a political defeat.

The PLO, feeling isolated after the loss of its last sanctuary in Lebanon, was pondering ways in which to become an indispensable party in what appeared then as an inevitable path to Arab negotiations with Israel.

Arafat’s main argument was that unless the Palestinians made themselves a party in future negotiations, the two prevailing super powers, the US and the Soviet Union, would push for a historic deal without their representation or consent.

Many agreed with what was seen as Arafat’s realism. Habash, while not doubting Arafat’s commitment, was sceptical. His speech, though halting, was forceful in its message.

His words resonated in the hall and beyond. People rose to their feet. Habash expressed their dream, but the majority that day voted for what they saw as a new “era of pragmatism” that required a new strategy.

The PLO leaders, however, vowed that diplomacy would not preclude armed struggle against Israel

Habash did not relent. He remained a critical and foreboding voice, eventually opposing the 1993 Oslo accords between the PLO and Israel.

When in 1988 the Palestine National Council (PNC), the Palestinian parliament in exile, endorsed the establishment of a Palestinian state alongside Israel, Habash did not join the celebration.

A PLO leader, jubilant at the time about what he believed was a historic step towards independence, later told me that the pain that he saw in Habash’s eyes reflected a lingering pain in his own heart. The leader, who became one of the fiercest advocates of the Oslo negotiating process with Israel, like Habash himself, was from a family expelled from their home in Palestine in 1948.

Over the years I saw and interviewed Habash in Algeria, Syria and Jordan: He repeatedly said that no Palestinian leader had the right to kill the hope of the coming generations to realise the dream.

The Oslo accord and especially the events that followed only served to reinforce Habash’s belief that Palestinians were being led to submission. But he was not a man who found satisfaction from “proving his point”. He watched his people pursue an illusive peace with Israel with growing sadness.

He would get so distressed during conversations discussing the events in Palestine and most recently in Iraq, that his wife, and closest friend Hilda, would interfere to stop it.

When Israel besieged Arafat in 2002 in his compound in Ramallah, Habash stood by his rival. When Arafat died, amid Palestinian suspicion that Israel may have been involved, Habash deeply mourned him.

The few times I was able to see him over the last three years, he never stopped monitoring and learning every detail about Palestinian life. His physical ailment deepened the sense of soulful pain he internalised.

Those who were with him during his last days recall how disturbed he was by the rift between Fatah and Hamas. He opposed the strategy of Mahmoud Abbas, the current Palestinian president, of accommodating US and Israeli demands but did not endorse Hamas’s military takeover of Gaza.

His main concern was the damage brought upon the Palestinians by the most serious internal rift in their history.

Habash, as a political leader, will likely be subjected to the scrutiny of historians. His achievements and failures will be judged kindly and harshly as generations of Palestinians re-evaluate their past.

But as Palestinians bid farewell to Habash, affectionately called Al Hakeem (Arabic for doctor and alternatively, wise man), he will always be remembered as a man who embodied Palestinian and Arab aspirations.

The writer is an Al Jazeera Middle East analyst. 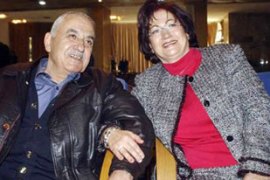