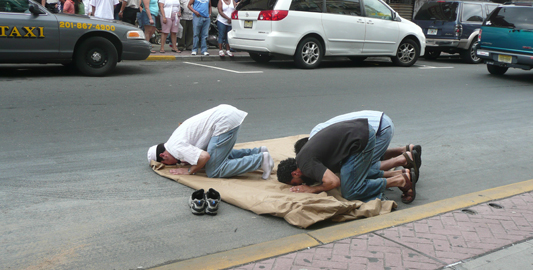 In the final part of his journey across the US looking at the roots and influence of Islam in America, Rageh Omaar looks at the life of US Muslims post-9/11 and asks if there is such a thing as “American Islam”.

A member of the New York City Fire Department, he distributed wet rags to enable people to breathe immediately after the twin towers were struck.

Farooq says other American Muslims like himself were active amms of the horrific attacks, but admits that he thought about whether his own life could soon be threatened.

“I started to realong those helping victily think about what happened, you know, and what may happen,” he says. “And whether or not my own life is in jeopardy now.”

New York is in many ways the epicentre of what some people label the clash of civilisations between Islam and the West.

Some have asked how Americans can trust Muslims who terrorised their cities. And to many Muslim observers outside of the US, the invasion of Afghanistan in 2001, followed by the war in Iraq in 2003 has created tensions that show no signs of abating.

But for American Muslims the new world situation has created a question of loyalty – can one be both a patriotic American and a Muslim?

Although Muslims were, for a time after 9/11, regarded with suspicion, Islam has in fact attracted a wave of converts. Since 2001 nearly a quarter of a million Americans have converted to the religion.

In Union City, New Jersey, a city with a large Hispanic community, I met several of these converts.

Fatima Vargas says the religion has an increasing appeal for many Hispanic women like her because of the self-esteem it generates, and says Islam can be adapted easily into the American way of life.

Such positive messages can be found throughout areas such as New Jersey and New York. But, there are also more critical voices and other people often face a dilemma between their identities as Americans and as Muslims.

And some American Muslims are also angry about their government’s ‘war on terror’.

Chaplain James Yee is a Chinese-American convert to Islam who was appointed by the army to minister to Muslim detainees in Guantanamo Bay.

Having been an exemplary officer and serving at the camp for 10 months, he was arrested in 2004, charged with treason and placed in solitary confinement for 76 days.

I met Yee at an Amnesty International demonstration in Washington. He showed me a mock-up of a cell at Guantanamo, like the one he inhabited, measuring barely four metres square.

He believes he was arrested because he raised concerns over some of the abuses he thought were taking place.

“I would learn that religion was actually being used as a weapon against these prisoners to break them,” he says. “And because each and every one of them was a Muslim, that was something that went against the fundamental American value of religious freedom.

“I mean, we heard about the Qurans being desecrated down in Guantanamo. That was happening when I was there. They were being thrown on the ground, stamped on, kicked across the room.”

All charges against Yee were dropped and he was reinstated as a Muslim chaplain, before resigning from the military with an honourable discharge. Despite his experience, he is committed more than ever to American values.

“I would say that I’m even more patriotic today and that’s because I’m spending more time, and engaged even further, in doing what’s best for my country promoting these certain values,” he says. “That’s my goal in life to improve the society that I live in.”

Lawyer Sharief Akeel is another person exercising his rights as an American citizen to fight for the rights of Muslims he believes have been wronged by his government.

Akeel has filed four law suits in federal courts on behalf of former detainees of the Abu Ghraib prison in Iraq, to prosecute the US army staff accused of human rights offences.

If the federal judges agree to hear these cases, it will make history.

“I identify myself as an American Muslim,” Akeel says, “and I believe that the principals that are in my faith are entirely consistent with what the founding fathers envisioned for this country.

“The constitution is designed to be indiscriminate as to who you are as long as you are a human being.”

Some believe that American Islam is developing as its own unique entity.

One of the characteristics of the religion in the US is the active role women play, women like Dr Laleh Bakhtiar, a classical Arabic scholar and author of thirty books on Islam.

Bakhtiar has caused a storm with a radical new English translation of the Quran, much of it from abroad. The Islamic Society of North America, however, has approved her text.

Her translation of chapter four, verse 34 in particular has been heavily criticised. Traditionally, this is interpreted as meaning that husbands have a right to beat their wives. But Bakhtiar translated it differently.

“I did a great deal of research, and found out that it’s a command the prophet never carried out. So, no one else should do it either.

“I translated it the way the prophet showed us through his behaviour. He had difficulty with his wives. What did he do? He went away. The exact same Arabic word that you can say ‘to beat’ also means ‘to go away’.”

Bakhtiar lives and works in Chicago, a city with a strong connection to Islam.

One Chicagoan in particular – Wallace Deen Mohammad – played a key role in the story of Islam in the US. He persuaded most of the membership of the Nation of Islam to turn to mainstream Islam in the seventies.

He did not believe any one individual should be in absolute control and he encouraged people to read the Quran, and to think for themselves.

Sadly, Wallace Deen Mohammad died while I was making my programme for Al Jazeera. But, he inspired me with his highly optimistic vision for the future of Islam in the US.

“America has survived slavery, it has survived racism and the proof of it is Obama,” he told me. “Even 20 years ago, maybe we’d have a lot of doubts. But in 2008, I don’t think that we have much room to doubt that America is the best place, not only for Christians, but it’s the best place also for Muslims to establish the life that we want and that God wants us to have.” 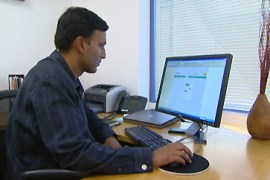 Immigrants to the US find sharp differences in the opportunities available.

Jailed Muslim cleric Abu Bakr Bashir has attacked the US and Australia for trying to block his scheduled release from an Indonesian jail next month.

The US magazine that reported the desecration of the Quran by US forces says its report could have been wrong.