However, the image was not of Urumqi, but is believed to be of an unrelated riot in the city of Shishou a month earlier.

The mistake was picked up by several Chinese websites, China’s state-run China Daily newspaper and by readers of the Al Jazeera website.

Speaking to Al Jazeera on Friday, Alim Seytoff of the Uighur American Associaition apologised for the error.

“We deeply regret using this wrong photo, that was not our intent,” he said, speaking from Washington.

“Later we were able to find out that the photograph showed Han Chinese protesters in Hubei province in a protest which took place a few days before the Urumqi unrest.”

Seytoff said the photograph was one of hundreds of images and pieces of video that had been obtained from a variety of sources following Sunday’s unrest.

“This picture happened to be one of them,” Seytoff said. “The image quality is better than the others so we thought we thought this was a better image to use.”

Nonetheless he said the mistake over one image should not cast doubt on the credibility of other images released by his organisation.

“With this photograph, because it was taken from a distance, you can only see protesters and Chinese army or soldiers – you cannot identify whether the protesters are Uighurs or not,” he said.

“With all the other photographs you can see clearly they are Uighurs.” 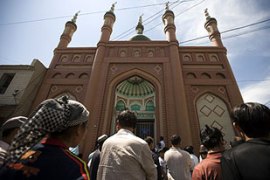 Mosques ordered shut and thousands of troops deployed outside to prevent new violence. 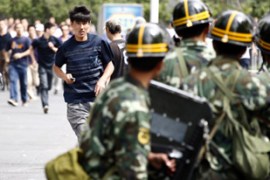 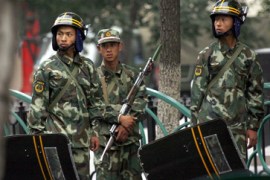 China’s decision to allow foreign media access to the riot-hit city of Urumqi is, in itself, an unusual situation. 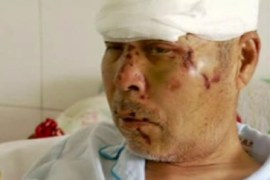 Four days after deadly riots hit the Chinese city of Urumqi, tensions remain high between the Uighur and the Han Chinese