Rio Tinto, based in London and Australia, is the world’s third-largest mining company and the lead negotiator for global iron ore suppliers in price talks with Chinese steel mills.

The case threatens to cast a shadow over Australia’s trading relations with China, one of Canberra’s most important trading partners.

Australian opposition politicians have criticised the country’s prime minister, Kevin Rudd, for not doing enough to intervene in the case.

But on Friday Rudd defended his actions, saying the issue required a careful approach so as not to trigger a trade crisis, accusing some politicians of “grandstanding” over the case for domestic political reasons.

“The business of dealing with difficult, complex diplomatic questions, particularly when human lives are concerned, requires sensitivity and proper handling,” Rudd told Australia’s ABC radio from Italy, where he was attending the G8 summit.

Rudd, a former diplomat in Beijing and a fluent Mandarin speaker, has frequently touted his special understanding of China.

But the detention on Sunday of the four Rio workers has riled critics who say the Australian prime minister has acted too slowly and not stood up to Beijing.

Julie Bishop, the foreign affairs spokeswoman for the Australian opposition, said the government was treating it “as just a consular matter, like a tourist in trouble with the local police”.

“It is clearly much more serious than that,” she told ABC radio, pointing in particular to the case of Rio Tinto executive Stern Hu, an Australian citizen and one of the four detained men.

“[He] is a senior Rio Tinto executive, an Australian citizen – his whereabouts, his welfare, have been unknown for days,” she said.

Hu is said to be Rio’s top iron ore salesman based in China.

The arrests, confirmed by Chinese officials on Thursday, come as China-Australia relations have already been going through a rough patch.

The latter case has sparked speculation in Australia that the arrests may be in reprisal for the collapsed Chinalco deal.

The deal with the state-run Chinese aluminium group would have been one of the largest ever foreign investments by a Chinese company.

But Rio Tinto executives changed their mind on the deal last month, instead launching a tie-up with fellow Anglo-Australian miner BHP Billiton – amid concern that the Chinalco deal would have given China too much control over Australia’s natural resources.

Commenting on the case on Friday, Stephen Smith, Australia’s foreign minister, said he had been assured by Chinese authorities that Hu was being treated well and would be allowed a consular visit by Australian officials.

China is Australia’s second-largest export customer behind Japan, buying $28bn of mostly commodities in the 11 months ended May 2009.

In 2008, more than half of China’s imports from Australia were of iron ore. 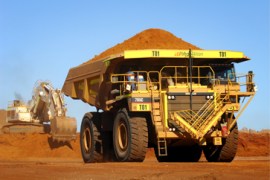 Australians are becoming wary of Chinese investment in their natural resources.