There have been smiles and handshakes, the jolly friendship of people thrown together.

“Very well,” was the emphatic reply. The Mexican president, Felipe Calderon, yawned – obviously not having enjoyed the same luxury.

But even with such shows of togetherness and friendship, it’s been hard to hide the splits.

Day two of the summit was about more than the G8. Discussions brought in the new economic powers – they call them the outreach five; India, China, South Africa, Mexico and Brazil.

It’s recognition, perhaps, that the world’s current problems can’t be solved by an elite few.

Climate change and how to fight it has been the biggest source of dispute.

On Wednesday, the G8 agreed to cut carbon emissions by 80 per cent by 2050. Cynics say it’s a long term goal that no one here can be held responsible for if it isn’t met.

So the group wanted developing nations to make a similar commitment and proposed a 50 per cent cut in the same time frame.

India and China thought that would hinder their economic development, and with no definite plan from the richer countries on how anyone would hit the targets, they said no.

Obama acknowledged there were splits when he spoke to the media.

“We had a candid and open discussion about climate change,” he said. This is normally diplomatic code for strong disagreement.

“While we don’t expect to solve this in one meeting or one summit, I believe we have made important strides forward. Climate change is one of the defining challenges of our time. The impacts can no longer be ignored. Every nation is at a risk and just as no one nation is responsible, no one nation can tackle it on its own,” he added.

To put a shine on a bad day, the G8 unveiled the creation of a Global Carbon Capture and Storage Institute.

To be based in Australia, it will develop ways of taking harmful carbon emission from the air and neutralising them.

But environmentalists such as Kumi Naidoo believe the money would be better spent in renewable sources of energy.

“The most optimistic scientists and technologists say if indeed this technology is a success and we don’t know with any certainty it will be, the earliest it would be able to deliver a result is 2030 and that is much too late for the planet,” he said.

If there was some good news, there wasn’t much of it.

The expanded group of nations discussed trade and how to kick start talks that have been stalled for eight years.

The Doha Round, as it’s called, was meant to make global trade easier but got mired in rows about subsidy cuts and tariffs.

Italy’s foreign minister, Franco Frattini, revealed that the American president was keen to finally conclude a deal by 2010, so trade ministers have been told to meet soon and lay the groundwork.

There is a feeling the countries support the idea of an agreement but there’s still a long way to go.

On Day Three, the G8 will talk about food security, the idea that everyone in the world should have easy access to affordable food, that small farmers everywhere should be supported and trade could be built from the ground up.

There’s likely to be an agreement because the project is being driven by the Americans – they’ve done the preparation work and they are keen there should be one success out of this gathering.

Two days down, one to go, and the G8’s report card reads “must do better”. 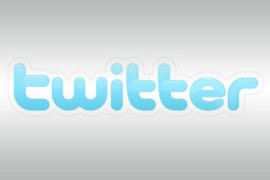 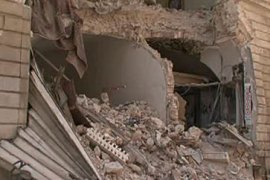 In L’Aquila, residents remain busy with rebuilding despite visits by politicians.

Italian PM hopes to divert attention from scandals at home during global summit.