While thousands are expected to attend rallies around the world marking the military crackdown on June 4, 1989, Chinese state media has made no mention of the event.

The authorities are also reported to have blocked access to dozens of websites, including Twitter, Hotmail and photo-sharing site Flickr, in a wide-ranging effort to muzzle online activism related to the anniversary.

Online message boards have also been blocked, as have access to video-sharing sites such as YouTube and China-based VeryCD.

The only major commemoration expected on Chinese soil was to take place in semi-autonomous Hong Kong, which has a separate legal system to the rest of China.

Ahead of Thursday’s anniversary, Hillary Clinton, the US secretary of state, urged China’s leaders to open up about what she called “the darker events” of the country’s past.

She called on China to publish a full list of those killed or missing as a result of the crackdown, saying it would help China “learn and heal”.

The government’s only official acknowledgement of casualties says that 241 people died as troops moved to evict protesters from Tiananmen Square and surrounding areas.

Activists and human rights groups, however, say that thousands may have died.

The official government line is that the protests were a “counter-revolutionary” conspiracy and that the military crackdown was necessary to preserve stability and continue economic reforms.

“History has shown that the party and government have put China on the proper socialist path that serves the fundamental interests of the Chinese people,” Qin Gang, a spokesman for the Chinese foreign ministry, told reporters on Tuesday.

China has certainly changed dramatically in the 20 years since the crackdown, with millions lifted out of poverty and the country’s economy now the third largest in the world.

But while the country has changed economically, politically the ruling Communist party shows no sign of loosening its grip.

Rights groups say that dozens of dissidents have been detained and harassed ahead of the anniversary, while a group representing mothers of some of the dead from 1989 say they have been prevented from leaving their homes to commemorate their children.

“The leaders would rather just avoid this topic,” Zhang Boshu, a Beijing philosopher who has urged a public reckoning with the killings, told the Associated Press.

“They know that the 1989 crackdown, shooting their own citizens, was a terrible blow to their legitimacy,” he said.

In the days ahead of the anniversary a group known as the Tiananmen Mothers released an open letter calling on China’s leaders to fully account for the events of 20 years ago.

“The basic facts of what happened at that time have not changed,” said the group which represents families of those killed in the crackdown or are still missing.

“The nature of this tragedy has not changed either. It remains a bloody massacre of peaceful civilians.” 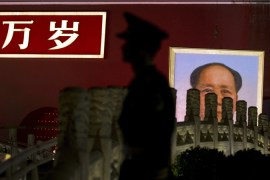 It happened in Tiananmen Square

Al Jazeera revisits the events of June 1989 through the stories of those present. 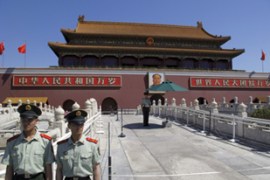 Access to email and networking sites blocked as anniversary of Tiananmen crackdown nears. 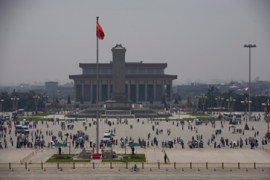 Twenty years ago images of the crackdown on pro-democracy protesters in Beijing’s Tiananmen Square were broadcast. 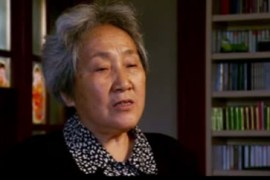 Twenty years after the crackdown on protesters in Tiananmen Square, the incident remains a taboo subject in China.