“[The move “does not alter what Cuba thought yesterday, the day before yesterday and today,” Alarcon said as quoted by AFP.

Neither Raul Castro, president of Cuba, or his brother, former president Fidel Castro, have commented publicly on the OAS move so far.

However, ahead of Wednesday’s vote, Fidel Castro had said in an article in Cuba’s state-run press that the OAS was complicit in “crimes” committed by the US against the Caribbean island and the rest of Latin America.

Jose Miguel Insulza, the secretary-general of the OAS, said on Thursday the decision could pave the way for an end to the US embargo on Cuba and praised the US administration of Barack Obama, the US president, for “beginning to talk” to Cuba.

Cuba was barred from the OAS in 1962 after it sought the support of the then Soviet Union.

The OAS measure passed the vote “without conditions” on Wednesday in the Honduran city of San Pedro, where the group’s summit was held, officials said.

However, the move does set mechanisms for Cuba’s return, including its agreement to comply with with the “practices, purposes and principles” of the OAS, including its
Democratic Charter on issues such as human rights.

Washington had repeatedly said the US would not support Cuba’s re-entry until it embraced the democratic principles outlined in the group’s charter, halted human rights violations and released political prisoners.

The New York Times newspaper reported on Wednesday that Venezuela and Nicaragua had led opposition to any provision that set conditions for Cuba’s return, but backed away from this position after Obama asked Luiz Inacio Lula da Silva, the Brazilian president, to intervene.

Hillary Clinton, the US secretary of state, said on Wednesday after the vote that OAS members had shown “flexibility” in forging a compromise over the deal.

Latin American countries have restored diplomatic relations with Cuba in recent months and also pushed for an end to a crippling US economic embargo.

And since taking office in January, the Obama administration has called previous US policies a failure and moved to improve ties with the Caribbean island.

In April, Washington lifted some curbs on travel to Cuba as well as money transfers by Cuban-Americans to relatives there.

It has also announced in the past few days that Cuba had agreed to resume talks on immigration to the US and begin discussions on direct mail links. 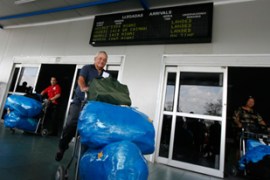 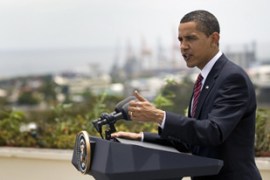 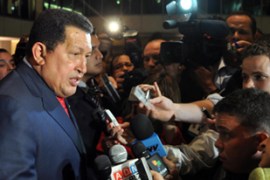