Relatives of some of the victims held a memorial in Rio de Janeiro in Brazil on Thursday, also attended by French and Brazilian foreign minsiters.

Nelson Jobim, Brazil’s defence minister, has said a mid-air explosion or fire was “improbable” because the plane’s jet fuel found at the crash site had not ignited.

But a Spanish airline pilot has said he saw an “intense flash of white light” as he flew through the area also flown by AF 447 and at the time the plane disappeared.

The Air Comet captain said: “Suddenly, we saw in the distance a strong and intense flash of white light, which followed a descending and vertical trajectory and which broke up in six seconds,” Spain’s El Mundo newspaper reported on Thursday.

Search crews flying over the Atlantic have reported finding debris spread over more than 90km of ocean, reinforcing the possibility that it broke up in the air.

The navy is racing against time to retrieve debris from the ocean before it sinks or is dispersed by strong currents.

“The clock is ticking on finding debris before they spread out and before they sink or disappear,” Christophe Prazuck, a French armed forces spokesman, said.

“That’s the priority now, the next step will be to look for the black boxes.”

“Black boxes”, which are mounted in the tail of an aircraft, record the performance and the condition of the plane in flight and are crucial for air crash investigations.

The naval ships are searching an area about 1,100km northeast of Brazil’s coast, accompanied by French planes and a US surveillance aircraft.

A mini-submarine and a remote-controlled robot that explored the undersea wreckage of the Titanic are also being sent to help find the plane’s flight recorders.

Debris including a seven-metre chunk of plane, an aircraft seat and an oil slick, have been spotted in the ocean.

Final messages sent from the plane suggest the jet suffered a series of failures and could have broken apart as it passed through a thunderstorm before hitting the ocean, officials said.

Flight AF 447 was heading from Rio de Janeiro to Paris when it went down early on Monday, in the worst loss of life in Air France’s 75-year history.

Brazil’s air force last had contact with the flight at 01:33 GMT on Monday when it was 565km from its coast.

The last automated signals, which reported an electrical failure, were received about 40 minutes later.

So far no bodies have been sighted by the air force. Most of those feared dead are Brazilian or French but comprise a total of 32 nationalities. 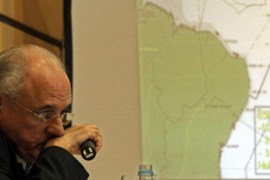 Brazilian minister says “no doubt” wreckage in ocean is from missing aircraft. 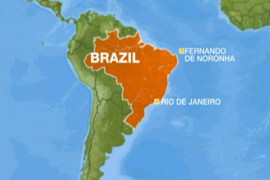 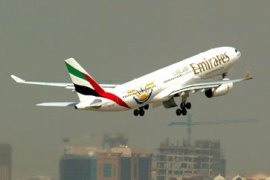 The high-capacity passenger aircraft is often used for transatlantic flights.