“The police have fired tear gas against the protesters.”

Roadblocks were set up soon after the military forced back the demonstrators, our correspondent said. 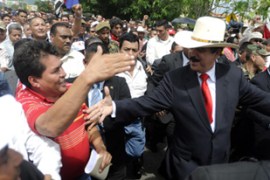 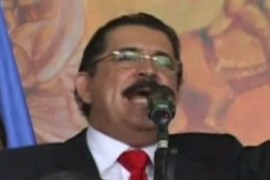