Oil Minister Hussein al-Shahristani told Iraqi public television: “Our principal objective is to increase our oil production from 2.4 million barrels per day to more than four million in the next five years.”

He said increasing production to that level would push an extra $1.7tn into government coffers over the next 20 years.

Shahristani has said $30bn of the sum would go to the companies that extract the oil and the rest “would finance infrastructure projects across Iraq – schools, roads, airports, housing, hospitals”.

The oil deposits, holding known reserves of 43 billion barrels of crude, are in southern and northern Iraq while the gas concessions are west and northeast of Baghdad.

Iraqi Prime Minister Nuri al-Maliki opened the meeting expected to unveil which foreign companies had won contracts, saying: “These contracts are needed for the reconstruction of Iraq, they are for the benefit of Iraqis and the companies.”

Companies awarded deals will have to partner with Iraqi government-owned firms, principally the South Oil Company (SOC), and share management of the fields despite fully financing their development.

They will be paid a fixed fee per barrel, not a share of profits and the fee will only be paid once a production threshold set by the government is reached.

“This raises the question of the profitability of the contract,” a source involved in the bidding told the AFP news agency.

“The companies are the ones investing, but have a big problem with the fact that management will be shared,” the source said. 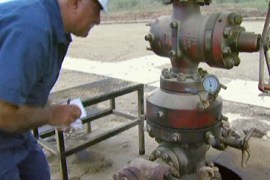 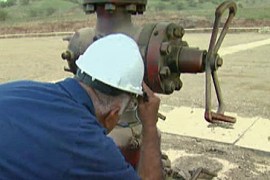