Al Jazeera’s Melissa Chan, reporting from Beijing said that it was unclear why the Chinese authorities had acted now.

“There are no anniversaries or commemorations coming up that may prompt the Chinese authorities to arrest him.”

Liu’s lawyer said that he had not been officially informed of the charges.

Sam Zarifi, the director of the Asia-Pacific programme for Amnesty International in London, told Al Jazeera the government is in violation of China’s own Criminal Procedure Law.

“This seems to be quite a silly way for the authorities to deal with Liu Xiaobo, who after all doesn’t have any real political threat to authorities except for the fact that he has articulated positions regarding human rights,” Zarifi said.

“He was kept away from his family and lawyers … this seems to be a very problematic response from the Chinese government, it violates international law and it violates Chinese law.”

A former university professor, Liu had been jailed before for his involvement in the pro-democracy protests at Tiananmen Square in 1989.

He was among more than 300 lawyers, writers, scholars and artists who signed “Charter 08” in December calling for a new constitution guaranteeing human rights, election of public officials, freedom of religion and expression, and an end to the communist party’s hold over the military, courts and government.

China has changed dramatically in the 20 years since the Tiananmen crackdown, with millions lifted out of poverty and the country’s economy now the third largest in the world.

But while the country has changed economically, politically the ruling Communist party shows no sign of loosening its grip.

Rights groups say that dozens of dissidents were detained and harassed ahead of the 20th aniversary of the crackdown in early June.

Already-tight security around Tiananmen Square itself was also stepped up with increased numbers of police and plainclothes personnel deployed in and around the symbolic centre of political power in China.

The government has acknowledged that 241 people died as troops moved to evict protesters from Tiananmen Square and surrounding areas, but activists and human rights group believe that thousands may have died. 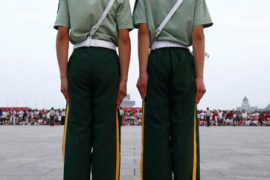 Chinese pro-democracy advocates are refusing to relegate their movement to history. 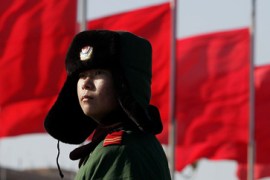 The legacy of Tiananmen Square 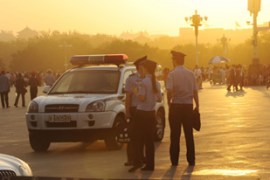 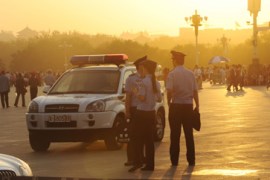 Twenty years after China’s crackdown on Tiananmen democracy protests, tight security has been deployed in the square.