Timothy Geithner, the US treasury secretary, members of congress, regulators and representatives from the financial industry and consumer groups also attended the event.

The plans propose a Financial Services Oversight Council, led by the treasury department, to oversee supervision of the financial system.

Obama also called for the establishment of an independent consumer financial products watchdog agency, and for requiring financial firms to hold more capital so they can better survive tough times.

The plans would impose more transparency and accountability for more exotic financial markets that in recent years expanded far beyond the government’s ability to keep track of them.

The government would also be given the power to seize and dismantle large, troubled companies that are not banks, much as the US Federal Deposit Insurance Corporation does at present.

There are also plans to urge changes in corporate governance that could give shareholders more power to restrain executive compensation.

The US Office of Thrift Supervision – a federal bank regulator and superviser – will be abolished under the reform proposals, US officials also said.

The agency was heavily criticised following the near collapse of insurance AIG, the US insurance giant, which was bailed out by the government for $180bn; the failure of Washington Mutual, the biggest bank to fail in US history; and the collapse of investment banking giant Lehman Brothers last September.

Following the announcement the proposals will be debated in US congress.

Already committees of both the senate and the House of Representatives have scheduled more than a dozen hearings on regulatory reform between now and mid-July.

Republicans in the House, meanwhile, have already offered their own rival plan.

“[It is] puzzling to hear the standard conservative critique of what we’re doing, when essentially every step we’re taking involves cleaning up the mess that we found when we arrived here at 1600 Pennsylvania Avenue [the White House],” he told the Wall Street Journal on Wednesday. 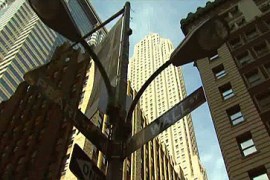