The sale is expected to be completed by the end of September.

Now in bankruptcy protection in the United States, GM put Saab up for sale in February as it tried to offload a series of underperforming assets in a major restructuring programme.

GM said it would continue to provide technology to Saab during a “defined time period,” and added that Saab would produce the next generation of executive Saab 9-5 models in Trollhaettan in southwestern Sweden where the company is based.

Paul Aakerlund, the union respresentative for IF Metall at Saab, said the announcement was “positive for Trollhaettan and for Sweden”.

He said: “For us, it’s more important that Koenigsegg have said they will follow their business plan and bring production back to Trollhaettan.

“Hopefully in a year or so, we will have more people working at Saab than we do today.”

Carl-Peter Forster, GM Europe’s president, said in a statement that the deal “represents the best chance for Saab to emerge a stronger company”.

In addition to its direct employees, another 12,000 jobs are dependent on Saab through suppliers.

It owes $1.3bn to GM, its largest individual creditor, as well as $44m to the Swedish government and $83m to other creditors.

While some commentators questioned whether Koenigsegg has the financial muscle or industrial know-how to run Saab, Michael Andersson, a car industry analyst at Evli bank, said he was cautiously optimistic about its future under its new owners.

He said: “Saab hasn’t worked for 20 years. It’s still going to be a very tough nut to crack but … I don’t think that these guys (Koenigsegg) will be any worse than an uninterested management board in Detroit.”

GM bought 50 per cent of Saab Automobile from Saab-Scania in 1990, snapping up the rest of the company a decade later.

In 2008 it posted a net loss of $383m as sales plunged due to an ageing product line and a collapse in demand as credit lines tightened.

It last made a profit in 2001, the only year it was in the black in almost two decades of GM ownership. 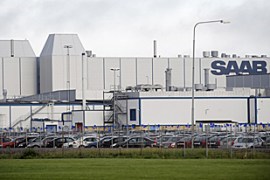 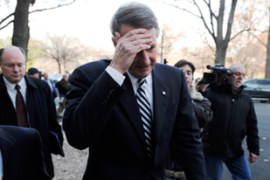