“Aza Gazgireyeva was a judge with 25 years experience …the reason for her murder was her professional activities,” Mikhail Zadvornov, the supreme court chairman, was quoted by Russia’s Interfax news agency as saying.

Ingushetia has been plagued by violence for years, with attacks by Muslim fighters against government officials and security forces being reported almost every month.

Moscow says the anti-government fighters are financed from abroad and seek to destabilise the north Caucasus region.

Critics of the government’s policy say official corruption and high unemployment are the main reasons behind the instability and violence.

Chechnya and Ingushetia were united in one region during Soviet times, until Ingushetia broke with Chechnya in 1991. 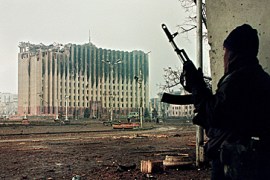 Chechnya’s recent history of conflict with Russia goes back to the fall of the Soviet Union. 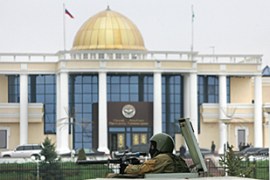 New president of troubled Caucacus region is paratrooper and “Hero of Russia” recipient.