“These lawyers played a key role in that entire process.”

Horton added that the report would “heighten the pressure on the attorney-general [Eric Holder] for the appointment of a special prosecutor” to investigate the lawyers’ actions.

“I think the attorney-general is going to find it impossible to avoid the investigation phase,” he said.

The lawyers wrote a series of memos during the presidency of George Bush approving torture techniques during interrogations, including the waterboarding method that causes detainees to feel like they are drowning.

Barack Obama, Bush’s successor, declassified and made public the memos last month and announced that CIA interrogators who followed advice outlined in the memos would not be prosecuted.

The issue has sparked intense debate in Washington, with some criticising Obama for releasing the memos and others saying he should take the matter further by prosecuting those behind the policy.

Asked if the report put additional pressure on the Obama administration to take legal action against the lawyers behind the memos, Horton said it did.

“Manfred Novak [the UN Special Rapporteur on Torture] is correct in that the [UN] Convention Against Torture is very clear cut on this issue … it requires a criminal investigation, that’s the next stage here.”

The 220-page report by the Office of Professional Responsibility, which examines possible ethics violations by employees, concluded that some of the lawyers behind the memos should face disciplinary action, according to the New York Times.

But the paper said the report indicated that the lawyers would not be criminally prosecuted.

Citing government officials briefed on a draft of the findings, the paper said the report was not final and had not yet been approved by Holder.

Jay Bybee, John Yoo and Steven Bradbury worked in the justice department’s Office of Legal Counsel and played major roles in crafting the legal justification for interrogation techniques many, including Obama, have called torture.

Investigators recommended professional sanctions against Bybee and Yoo, but not Bradbury, said the Associated Press, citing a person familiar with the matter.

The most severe possible professional sanction would be disbarment.

In a letter on Monday to senators who had pressed the justice department for information on the investigation, Ronald Weich, the assistant attorney-general, said the former employees had been given until May 4 to respond to the draft report.

Now that the deadline has passed, officials are likely to make revisions to the report based on the responses received and decide how much, if any, of the findings should be made public. 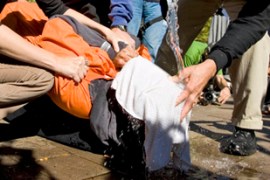 Former US secretary of state rejects allegations she approved “waterboarding”. 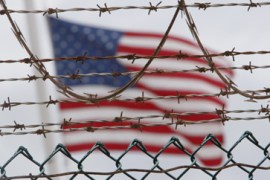 What will it really take to dismantle the Bush administration’s legacy of torture? 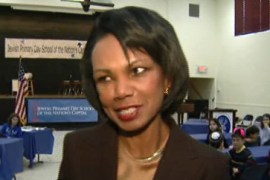 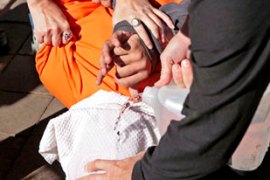 President says torture against US ideals and interests as he marks 100 days in office.