Taylor has pleaded not guilty to 11 counts of war crimes and crimes against humanity, including conscripting child soldiers and sexual slavery.

But following the close of the prosecution case, Judge Richard Lussick said there was enough evidence “capable of supporting a conviction of the accused”.

“[T]he trial chamber finds that there is evidence on which it could find that the accused and others shared a common purpose to take part in a campaign to terrorise the civilian population of the Republic of Sierra Leone,” he said, rejecting an application for Taylor’s acquittal.

“The [trial] chamber … dismisses the defence’s submission in its entirety.”

Lussick also rejected a request by the defence for a delay in the start of the defence case.

About 120,000 people were killed in the conflict in Sierra Leone, with rebels mutilating thousands more – cutting off arms, legs, ears or noses.

The former Liberian president is accused of arming, training and controlling RUF rebels, blamed for many of the mutilations, and of being involved in the trade of so-called “blood diamonds”.

Taylor has been on trial in The Hague since June 2007 following his arrest in Nigeria and his subsequent handover to the tribunal.

He had gone into exile in 2003 in a deal that ended Liberia’s civil war.

The trial is being held on the premises of the International Criminal Court in The Hague for fear that his presence in Freetown, the Sierra Leone capital where the special court was set up, could destabilise the region. 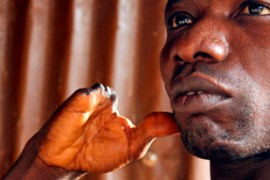 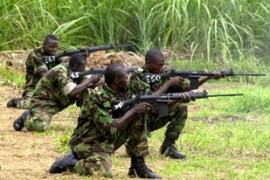