Neither he nor the Venezuelan military mentioned the cause of the crash.

Chavez referred to US allegations that his government has failed to prevent border incursions by Colombian rebels and paramilitaries.

“They say that we don’t fight terrorism, and 18 soldiers die patrolling the border,” he said.

The US state department’s annual assessment of terrorism released last week said Venezuela “did not systematically police” the border.

It said both Colombian rebels and paramilitaries “regularly crossed into Venezuelan territory to rest and regroup as well as to extort protection money”. 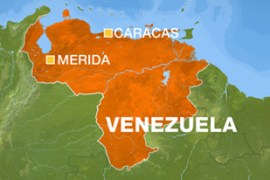 A domestic airline flight turns deadly as all those aboard are killed. 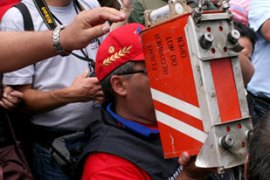 Search teams yet to retrieve bodies of 46 people who died in Thursday’s air crash.