Containment measures, including the public’s use of face masks and regular hand-washing, had been effective in limiting the flu’s spread, he said.

But he cautioned that the government, medical authorities and citizens should remain vigilant in the epicentre of the global outbreak.

Around 800 cases of the virus have been confirmed in 19 countries, but the majority remain in Mexico and the United States.

Costa Rica, Italy, Colombia and Ireland have become the latest countries to confirm cases of the virus.

A global H1N1 flu pandemic is still likely, despite the virus not spreading in a sustained way outside of the Americas, officials from the World Health Organisation (WHO) have said.

But a WHO spokesperson for epidemic and pandemic diseases said on Sunday that there is no plan for the UN agency’s emergency committee to review the global pandemic level any time soon.

“It is not very easy to predict because transmission of any virus does not always move at the same speed. There could be a hiatus in its spread,” he said.

“We have not seen any confirmed instances of sustained human transmission in communities outside of the Americas. We do not know when that will happen, certainly we remain on alert in case that happens, but it would not be prudent to make a prediction.”

The global alert currently stands at phase five – signalling that a pandemic is imminent – while phase six would mean a pandemic, or global spread detected on another continent, was taking place.

Public hospitals in Mexico, where the virus appears to have first emerged, have noted a steady drop in patients arriving with fevers.

Al Jazeera’s Mariana Sanchez, reporting from Mexico, said some Mexicans believe their government may have overreacted and may be trying to divert the nation’s attention from other serious problems, such as Mexico’s drug war.

But the government has denied this, Sanchez said.

Felipe Calderon, Mexico’s president, discussed the flu outbreak by telephone on Saturday with his US counterpart, Barack Obama, she said.

“Calderon said the Mexican society had set an example by complying to the measures proposed by the government in protecting themselves … and that has helped make the situation better.”

US officials have said they are encouraged by the developments in Mexico but that it is too early to relax.

“We are remaining vigilant,” said Dr Anne Schuchat, of the US Centres for Disease Control and Prevention.

“We have seen times where things appear to be getting better and then get worse again … I think in Mexico we may be holding our breath for some time.”

Beyond the Americas, infections have, so far, been mild, but health officials have been taking precautions with China quarantining hundreds of people in a Hong Kong hotel after an H1N1 case was confirmed.

Mexico has condemned the move, which came after a 25-year-old Mexican who arrived in China on a flight from Mexico was found to be suffering from the virus.

“We are especially worried about China, where Mexican citizens showing no signs at all of being ill, have been isolated under unacceptable conditions,” Patricia Espinosa, Mexico’s foreign minister, said.

It was unclear how many guests at the Metropark hotel were Mexican.

“These are discriminatory measures, without foundation … the foreign ministry recommends avoiding travelling to China until these measures are corrected,” Espinosa said.

She also condemned China as well as Argentina, Peru, Ecuador and Cuba for suspending flights from Mexico due to the flu outbreak. 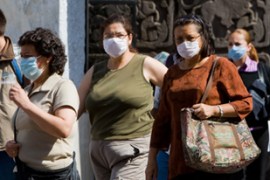 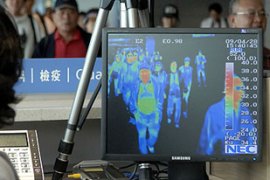 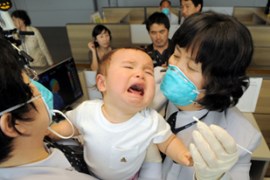 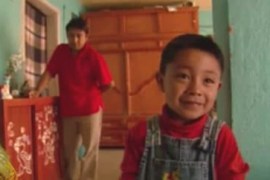