“Their analysis: ‘Not a single scratch mark on the fridge with a body lying at its base, unbroken glass bottles and no pellet marks on the walls, a bottle remains steady on the stretcher, all after the claimed shelling’,” he said.

“The message, the government says, is clear: The foreign media have been taken for a ride by the Tamil Tigers.”

Brigadier Udaya Nanayakkara, Sri Lanka’s military spokesman, said on Saturday that the claims were the latest in a series of “exaggerated stories” by those sympathetic to the LTTE.

“There is no shelling taking place; we have never shelled this place and it happened in an area where the LTTE [are in control],” he told Al Jazeera.

It is impossible to independently verify reports from the army or LTTE due to journalists and international organisations being barred from the war zone.

The conflicting reports come as LTTE fighters continue to urge the UK and France to pressure the Sri Lankan government into calling a ceasefire.

In letters sent on Sunday to David Miliband and Bernard Kouchner, the British and French foreign ministers, Balasingham Nadesan, the political leader of the LTTE, said the group was ready to “engage in the process to bring about a ceasefire”.

Nadesan said they were ready to “enter into negotiations for an enduring resolution to the conflict”.

The move came amid growing international concern over the plight of civilians trapped in the 5km strip of land controlled by the LTTE.

The Sri Lankan government has rejected a call for a truce from the LTTE, demanding the rebels surrender or face defeat.

Thousands of people have fled the area but the UN has said that up to 50,000 civilians could still be trapped.

Akashi called for civilians in the war zone to be protected and for the government to give greater assistance to those refugees from the region who are living in state-run camps in the northeast.

Many of the refugees fled the area while badly wounded or ill.

The LTTE have been fighting a war for a homeland for Sri Lanka’s ethnic Tamils since 1983. 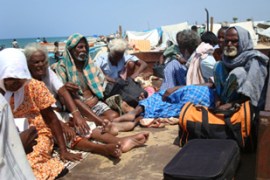 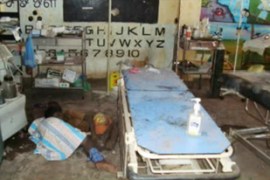 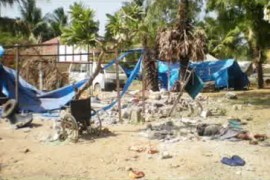 Al Jazeera questions spokesmen from the Sri Lankan military and the Tamil Tigers. 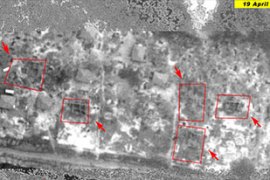