Japan went into recession in the second half of last year as consumers in key markets such as the US stopped buying its cars and electronics because of their own financial woes.

However, experts say that Asia’s biggest economy is probably through the worst of the slump, with exports showing signs of having bottomed out in March.

“The first quarter will definitely be the low point for Japan. The pace of economic contraction should moderate from the second quarter onwards,” Glenn Maguire, the chief Asia economist at Societe Generale, told the AFP news agency.

But prospects for a full recovery remain dim due to weak domestic demand and the fragile state of overseas markets, analysts say.

Consumer spending – which makes up more than half of the economy – fell by 1.1 per cent in the three months to March from the previous quarter.

Japan’s car and electronics companies have announced massive job cuts in recent months due to the decline in exports.

The unemployment rate hit 4.8 per cent in March, the highest in more than four years and heading towards a post-war high of 5.5 per cent recorded in April 2003.

In an effort to ease the recession, the government has announced a series of stimulus packages, including a $160bn cash injection unveiled last month. 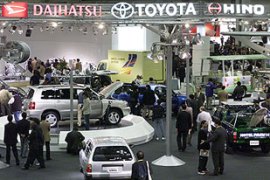 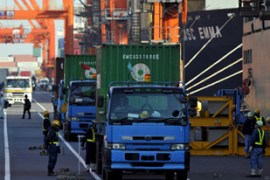 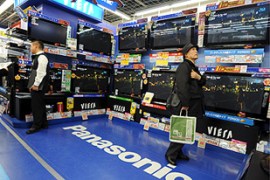 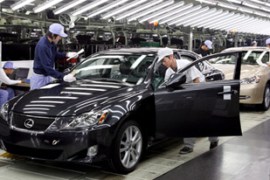