Earlier, military sources said the body of Velupillai Prabhakan, the leader and founder of the LTTE, often called the Tamil Tigers, was found in an ambulance destroyed by troops as it sped out of the war zone.

“There are stories that the army fired an RPG at a vehicle carrying Prabhakaran and two other senior leaders and there are reports that he was shot while fleeing.”

If he is confirmed to have been killed it would “spell the end of the organisation that has been built almost around the cult Prabhakaran”, she said.

“It is a surprise that it has fallen and literally brought to its knees and been defeated this quickly.”

The news came hours after the military said it had found the bodies of four other senior Tamil Tigers, including Prabhakaran’s 24-year-old son Charles Anthony.

A spokesman for Mahinda Rajapakse, the Sri Lankan president, said a formal announcement on Prabhakan’s death would be made at 6pm (12:30 GMT).

There has been no comment from the LTTE on the claims.

“Depending on what happens in the peace process, the fear is that this may develop into guerrilla war again … but what about the peace? There are not many left to talk to.

“A lot of mistrust has developed over the years; I think that’s the reason why this conflict began. Now it’s a problem that both sides have to make themselves understood.”

The military had refused to accept a ceasefire from the Tamil Tigers, which had offered to lay down its arms on Sunday, declaring that its 26-year battle with the government had come to a “bitter end”.

The army, having declared victory on Saturday, described Monday’s activities as “mopping up” operations.

Keheliya Rambukwella, a defence ministry spokesman, told Al Jazeera that the government had “had enough of ceasefires” and that any cessation of hostilities would happen only if it protected civilians.

“As usual, they [Tamil Tigers] are going to strengthen and rearm themselves,” he said.

The government maintains that the tens of thousands of civilians who had been trapped in the small area of conflict in the northeast of the country had finally been able to leave on Sunday.

Far from the battlefield, thousands of Sri Lankans hugged soldiers, waved flags, set off firecrackers and danced to the beat of traditional drums in the streets of the capital, Colombo, celebrating the end of more than 25 years of conflict.

Erik Solheim, a Norwegian minister and former negotiator in the conflict, warned on Sunday that “peace is long from being won”.

“The Sri Lankan authorities must demonstrate generosity towards the Tamil population and grant Tamils autonomy and create a state that includes everyone,” Solheim, who is Norway’s international development and environment minister, said.

Norway helped broker a ceasefire in February 2002, which came to an end in October 2006 when peace negotiations broke down.

Selvarajah Pathmanathan, the Tigers’ spokesman, said bodies of thousands of wounded and slain civilians remain in the war zone.

The Sri Lankan ministry of disaster management had said it was continuing to process civilians rescued from the fighting and being held in camps for the internally displaced.

The government and the Tigers alike have been criticised for not allowing civilians to leave the conflict zone.

More than 70,000 people have been killed in the conflict that started in 1983 and the UN says 6,000 were killed and hundreds of thousands displaced in just the last four months.

The Tamil Tigers once controlled nearly a fifth of the Indian ocean island nation, running a shadow state that had courts, police and a tax system along with an army, navy and even nascent air force.

However, the struggle for a homeland for ethnic Tamils who say they are marginalised by the ruling majority Sinhalese government will continue, Rajavarothiam Sampanthan, the leader of the Tamil National Alliance, told Al Jazeera.

“The Tamil struggle started long before the Tigers were born and will continue after the end of the Tigers.” 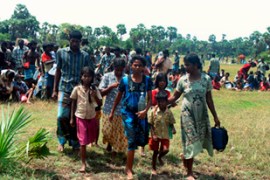 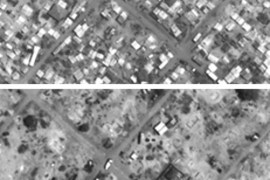 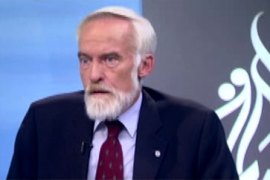