“I am deeply, deeply dissatisfied with the degree of knowledge that the United States government and our friend and allies have on this subject,” he said, during a break in talks with government officials in Islamabad.

The lack of strong intelligence on the Taliban is largely due to the focus in recent years on Iraq and al-Qaeda, he said.

“We need to make sure we know what the appeal of the Taliban is,” Holbrooke said.

Holbrooke’s visit to India comes amid continuing tensions between India and Pakistan, both nuclear-armed powers.

Pramit Pal Chaudhuri, a senior editor at the Hindustan Times, said Holbrook appears to have two basic missions in his visits to Pakistan and India.

“Holbrooke’s mission to India is not only to assure [New Delhi] as to what the US is doing in Pakistan, but [an attempt] to press India to consider ways [to address] the threat perception that Pakistan has of India.”

India has expressed unease over US overtures to Pakistan, which include Washington’s recent package of military and non-military aid to Islamabad.

The Indian government has put a block on a four-year peace initiative with Pakistan, demanding that Islamabad investigate the planners of an attack on Mumbai last November in which 166 people were killed.

New Delhi is also concerned that Islamabad wants a solution to the disputed Kashmir region to form the backbone of regional peace efforts, a position rejected by India.

“They think if a dialogue begins, that itself will be a move forward,” an Indian government official said.

“But this will only be a listening brief for us. We really aren’t interested unless our concerns are addressed.”

But Islamabad has also expressed its unease over India’s presence in Afghanistan, where it is engaged in infrastructure projects.

“The US has bought the Pakistan military’s line that India’s presence in Afghanistan is a threat to them,” Kanwal Sibal, a former Indian foreign secretary, said.

“And they are saying if the US wants Pakistan’s full co-operation in fighting al Qaeda, then something should be done to contain or limit India’s presence.”

Holbrooke on Tuesday said that Washington would not be a mediator between the two neighbours.

“That is not our job,” he said in Islamabad before heading to India. 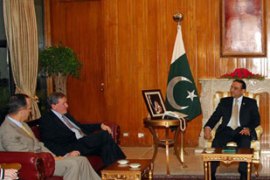 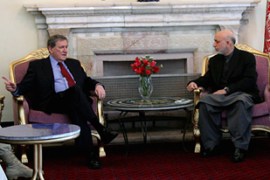 Holbrooke arrives in Islamabad after meeting Afghan and US military commanders in Kabul. 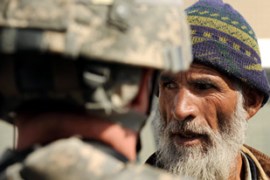 US president to send extra 4,000 troops as part of “comprehensive” new strategy. 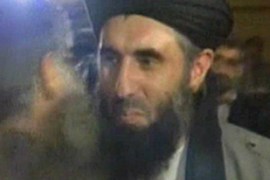 Secret talks with Taliban under way