The ruling coalition tried to play down its losses, saying it was still too early to judge the new prime minister.

Muhyiddin Mohd Yassin, who is likely to be named as Najib’s deputy in a new cabinet expected to be announced this week, conceded defeat but told reporters that “the feel-good factor from the power transition is still too new and has not sunk in”.

“I am confident that when the new leadership begin their duties, and when reforms are implemented, it will convince the people,” he said.

“They [voters] are even stronger in their support” for the opposition than in the last elections, Anwar Ibrahim, who leads the Pakatan Rakyat, told reporters, referring to the increased margin of victories in the northern states of Perak and Kedah.

But the ruling coalition also increased its winning margin in Sarawak’s Batang Ai, reaffirming its dominance in the East Malaysian state.

The opposition made strong gains in the general elections on March 8 last year, depriving the BN of a two-thirds parliamentary majority for the first time in 40 years.

And while Tuesday’s vote does not change the balance of power at the federal or state level, it serves as an unofficial referendum on Najib’s popularity.

Ramon Navaratnam, chairman of the Centre of Public Policy Studies in Kuala Lumpur, said the results showed voters were as dissatisfied with the government as they were last year.

“If March 8 had not given [the BN] a sufficiently strong wake up call, they better take heed of this shrill alarm call this time,” he said.

“If they don’t, they will have to sleep through until the next election shocks them out of complacency.” 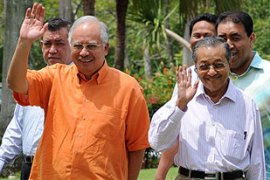 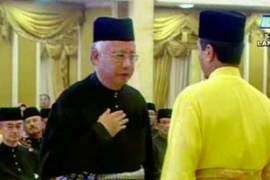 Deputy premier steps into top job amid accusations of links to graft and murder. 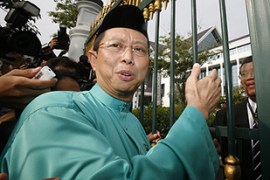 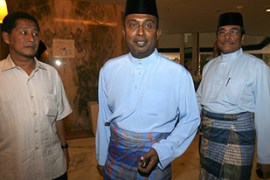