On Friday, two people blew themselves up at a Shia shrine in Baghdad as people arrived to pray. Sixty people were killed and 125 injured.

Just a day before, more than 90 people were killed in two other attacks.

Security has improved measurably in Iraq over the past two years, but bombings continue on an almost daily basis.

The recent attacks have raised fears of a surge in violence as the US military plans a full withdrawal of its troops by the end of 2011. 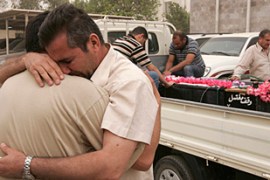 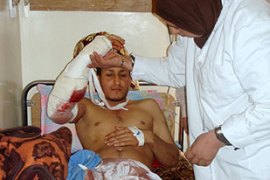 Separate attacks in Baghdad and Muqdadiya kill 92, Iranian pilgrims among them.