“I reiterated to the foreign minister that US policy favours, with respect to the Israeli-Palestinian conflict, a two-state solution which will have a Palestinian state living in peace alongside the Jewish state of Israel,” he said.

“We look forward also to efforts to achieving comprehensive peace throughout the region.”

“Before the government was sworn in we heard statements that sought to allay fears that this would be a very right-wing government … but now we are starting to see him produce hoops for the Palestinians to jump through,” she said.

“Basically, asking the Palestinians to recognise Israel as a Jewish state is asking them to waive the right of return for Palestinian refugees.”

Palestinians demand the right for the 4.6 million descendants of those who fled in 1948 to return to their lands that are now inside Israel.

“The idea of any Palestinian leader giving up on that claim lightly is really quite unrealistic,” Rowland said.

The Palestinian Authority has rejected similar demands in the past, saying it only recognises Israel within the country’s borders before the 1967 Middle East war when the Israelis seized the West Bank and Gaza Strip.

One in five people still living in Israel are Arabs.

Abdullah Abdullah, head of the PLO foreign affairs committee, told Al Jazeera that the comments showed Netanyahu was not interested in negotiating.

“He only puts this condition to block, to sabotage, any attempt by the American envoy to move the peace process forward,” he said.

Netanyahu has said that he wants any peace talks with Mahmoud Abbas, the Palestinian president, to focus mainly on security and economic issues.

Furthermore, Lieberman, an Israeli nationalist, has flatly rejected a restart of the Israeli-Palestinian talks launched by George Bush, the former US president, in Annapolis in 2007.

On Thursday, the Israeli foreign minister said that “the peace process has reached a dead end” and that “the new government will have to formulate new ideas and approaches,” according to a statement from his office.

Mitchell was expected to travel to Ramallah in the occupied West Bank on Friday to meet Abbas, who has insisted that the new Israeli cabinet commit itself to a two-state solution before the two sides can resume any talks.

The negotiations were halted during Israel’s 22-day assault on the Gaza Strip, which left more than 1,300 Palestinians, mainly women and children, dead. 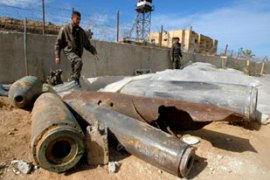 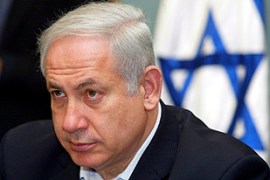 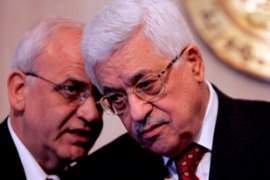 Israel ‘must back two-state future’

Palestinian official calls for pressure on Israel to abide by peace agreements. 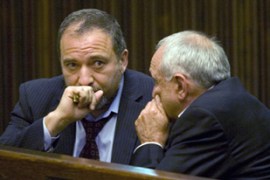