In response Hillary Clinton, the US secretary of state, said on Friday that the US welcomed the overture and was “taking a very serious look at it”.

However the US later adopted a harsher tone, with Robert Gibbs, the White House spokeman, saying Cuba should free political prisoners and stop skimming money from remittances sent to Cuba from the US if they are serious about working with the US.

“The strongest reaction that we’ve all had is the admission by Castro that they might well be wrong. I think we were particularly struck by that,” he said.

The weekend-long summit is nominally to discuss regional security and the global financial crisis.

However, many of the 34 leaders attending the summit see Cuba as a priority and argue that efforts by the US to marginalise the state are obsolete and have, instead, only isolated the US government in the region.

Obama raised the possibility of a diplomatic breakthrough earlier this week by dropping restrictions on Cuban-Americans visiting relatives in Cuba and permitting US companies to bid for telecommunications licences.

Latin American countries – including Argentina, Brazil and Mexico – also issued a joint statement last December calling for the US to scrap its embargo.

On Thursday, Evo Morales, the Bolivian president, repeated the call, and urged the Bolivarian Alternative for the Peoples of our America (ALBA) summit to present a joint resolution at the summit of the Americas for an end to the US embargo. He said that Obama had a “moral and ethical obligation” to comply.

And Hugo Chavez, president of Venezuela, has condemned Cuba’s exclusion from regional groups and says he will not endorse the draft declaration from the Port of Spain summit.

The fifth summit of the Americas is the first to be held in the Caribbean.

The last gathering in Mar del Plata, Argentina, was met with large demonstrations against the US and then-president George Bush, Obama’s predecessor. 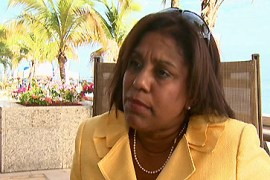 Latin America expects Americas summit to help in forging stronger ties with the US. 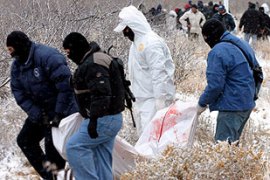 US president says Washington will do more to aid battle against cartels. 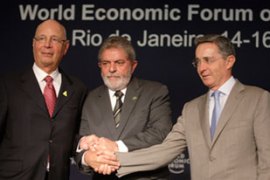