Hoda Abdel Hamid, Al Jazeera’s correspondent reporting from Islamabad, said: “All these countries – at a time when there is a global economic crisis – are putting a fair amount of money into Pakistan, to invest in infrastructure projects, to create jobs and to get the population feeling that they are part of Pakistan again.”

The United States and Japan earlier said they had pledged $1bn each over two years.

Participants at the meeting also reaffirmed their commitment to programmes worth more than $15bn for both existing development schemes and forthcoming initiatives, the conference statement said.

Pakistan is already being propped up by a $7.6bn loan from the International Monetary Fund (IMF) over two years.

The amount pledged on Friday exceeded Pakistan’s hope for $4bn and comes at a time when the international community is worried that an economic meltdown in the country could fan popular support for al-Qaeda and other anti-government groups.

Isabel Guerrero, the World Bank vice president for South Asia, said on Friday: “With the support of the IMF, the [World] Bank, and other development partners, Pakistan is now returning to a path that should allow for economic growth and poverty reduction.

“While it has been imperative to focus on the short term, in terms of regaining macroeconomic stability, we would not also want to undermine the importance of staying focused on the longer- and medium-term priorities,” she told the donors.

Richard Holbrooke, the US special envoy for Afghanistan and Pakistan, lauded the outcome.

“This conference is an extreme success. It has gotten a much better pledge than anyone expected,” he said.

Taro Aso, the Japanese prime minister, who met Zardari for talks on Thursday, said he was impressed by the Pakistani president’s resolve.

“I am convinced that the strong commitment by Pakistan itself will strengthen the resolve of the international community to support the civilian government,” he said

“We cannot stabilise Afghanistan without stabilising Pakistan and the opposite is also true,” he added.

Zardari stressed his resolve to fight “terror” in his address at the opening of the meeting.

“In spite of the fact that I lost the mother of my children, I have taken up this challenge,” Zardari, whose wife, former prime minister Benazir Bhutto, was killed in a December 2007 attack, said.

“There is a desire to help Pakistan,” the Pakistani leader said.

“But I feared, I still fear, that the understanding of the danger that Pakistan faces still does not register fully in the minds of the world.”

“It does not end on my border. If we lose, you lose. If we are losers, the world is a loser.”

Economists say 40 per cent of Pakistan’s 160 million people live on one dollar or less a day. The government puts the figure at 33 per cent. 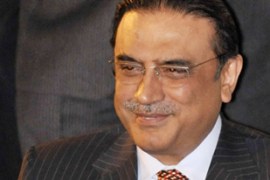 Aid conference in Tokyo expected to raise up to $6bn as the country reels from violence. 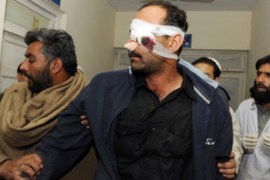 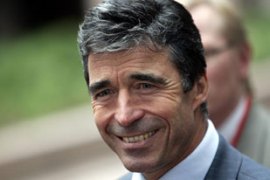